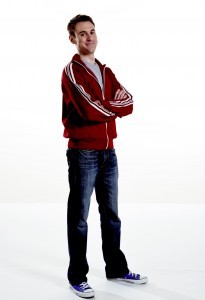 Matt Meese could be a Greek god, the president, Ronald McDonald, Harry Potter, Thomas Jefferson or an evil scientist any given day at work.

“I was always interested in acting, but I didn’t really do a whole lot until my senior year of high school,” Meese said.

Meese was born in New Jersey, grew up in Phoenix and loves peanut butter. “I’m kind of allergic to it now though, so I miss it something fierce,” he said.