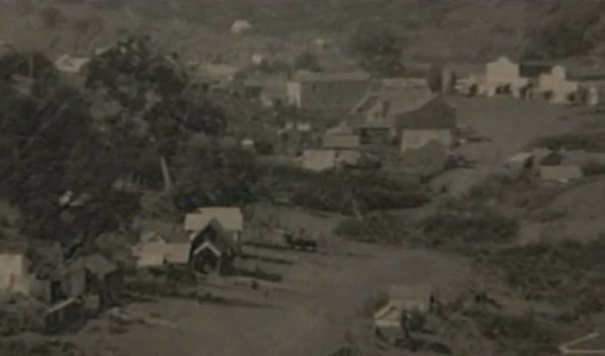 A town has been submerged under Folsom Lake since 1955, but now with little rain or snow runoff, the water levels have dropped enough for the foundations of some buildings to re-emerge.

The town known as Mormon Island grew out of a Mormon settlement on a sandbar along the American River in gold rush days.

Mormon Island thrived during mining years with as many as 2,500 people, complete with four hotels, a school and seven saloons, according to some historical accounts.