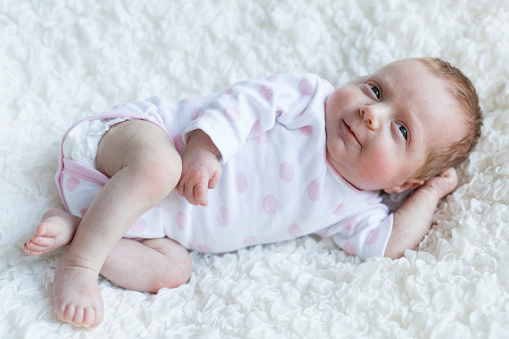 Recently, TODAY released their list of quirky baby names ranked by state, which means they looked at every name given to at least 100 babies in 2015, then calculated the percentage of babies in each state with those names. While it is interesting to take a look at the unusual names parents are calling their children nowadays, it's also fascinating to see the significance behind some of these names.

Utah's quirkiest boy name might not come as a surprise to Latter-day Sainst, but the quirkiest girl name is a little more inexplicable.

"A hundred baby boys were named Brigham in 2015, 23 of them in Utah. Less than 1 percent of all Americans live in Utah, so that's 23 times higher than you might expect. But, of course, Brigham Young was an early leader of the Church of Jesus Christ of Latter Day Saints, headquartered in Utah, so it’s not a surprise," TODAY writes.

But Oaklee took the prize for the quirkiest girl baby name in Utah, leading me to wonder why Utahns are drawn to the name Oaklee? Maybe it's because we like names that reflect the stunning mountains and nature that surrounds us. Or maybe we just like the sound of Oaklee.

Either way, the name fits the mold of Latter-day Saint baby names that blogger Hildie Westenhaver discovered. "Maybe it’s because we’re kind of different to begin with that [Latter-day Saints] love oddball baby names," she writes. Even though members tend to name their children something out-of-the-ordinary, Westenhaver noticed that the names do follow certain patterns. For instance, names for girls tend to end in y, lee, leigh, lyn, or ley, meaning Oaklee definitely fits into that category.