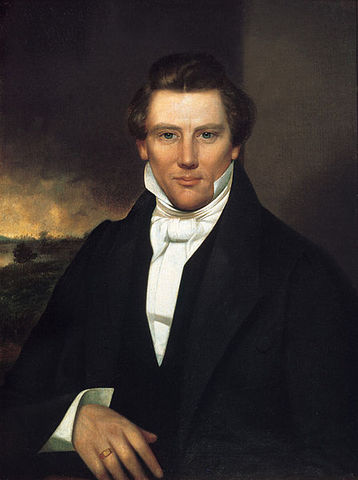 Suppose for a moment someone told you these three facts about a New Testament personality and nothing more: first, the Savior said of this man, “O thou of little faith” (Matthew 14:31); second, this man, in a moment of anger, cut off an ear of the high priest’s servant; and third, this man denied knowing who the Savior was on three occasions, even though he had walked with Him daily. If that is all you knew or focused upon, you might have thought this man a scoundrel or a no-good, but in the process you would have failed to come to know one of the greatest men who ever walked the earth: Peter the Apostle.

Similarly, attempts have been made by some to focus upon or magnify some minor weaknesses of the Prophet Joseph Smith, but in that process they too have missed the mark, the man, and his mission. Joseph Smith was the Lord’s anointed to restore Christ’s Church to the earth. When he emerged from the grove of trees, he eventually learned four fundamental truths not then taught by the majority of the contemporary Christian world.

First, he learned that God the Father and His Son, Jesus Christ, are two separate, distinct beings. The Bible confirms Joseph Smith’s discovery. It tells us that the Son submitted His will to the Father (see Matthew 26:42). We are moved by the Savior’s submission and find strength in His example to do likewise, but what would have been the depth and passion of Christ’s submission or the motivational power of that example if the Father and the Son were the same being and in reality the Son was merely following His own will under a different name?