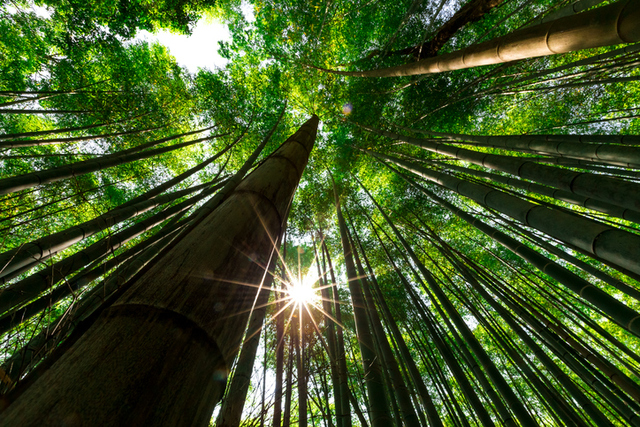 Teachings of Gordon B. Hinckley Lesson 1: "The Restoration of the Gospel—The Dawning of a Brighter Day"

It is fitting that this year’s Sunday School lessons are based on Church history and this year’s Relief Society and Priesthood lessons begin with the topic of the restoration of the gospel. The events of the Restoration were close to Gordon B. Hinckley’s heart. He visited the Church historical sites every chance he got.

We should each ponder on the importance of the Restoration of the gospel. We are accustomed to having it around. To appreciate its presence in our lives takes some imagining what life would be like without it. President Hinckley uses these words about the Restoration: “It came out of the wilderness of darkness, out of the bleakness of ages past into the glorious dawn of a new day.”

The apostasy from Christ’s original doctrines didn’t happen overnight. The saints of Paul’s day didn’t wake up one morning to confusion and chaos in the Church. President Hinckley uses the word “drifted.” Over time, because of neglect for their spiritual health, they allowed themselves to be diverted from the truth, and accepted various levels of error until the true doctrine had either been forgotten or had been corrupted to the point that they no longer could understand it.

As the Apostles were killed and the keys of the priesthood were lost, the gift of the Holy Ghost could no longer be given, and the members of the Church were left to interpret spiritual things with only the mind of man, and not the mind of God. This is where the confusion in the early church came from, it was from the loss of the Holy Ghost. As the faith of the members waned, so too did the miracles that once attended the faithful fade into obscurity.

These are the reasons the early fathers of the church began to believe that God had “finished his work.” This is why they no longer believed in revelation. With the loss of the Holy Ghost, revelation had indeed ceased, as did the miracles that always attend His presence.

After a period of complete spiritual darkness, the Lord began to prepare the earth for the restoration of His gospel once again. In order for this to happen the world needed a place for the Lord’s Church to thrive and prosper. It could only happen in a place where religion was protected and promoted. It had to be in a land where people were free to worship as they wished. Such a place had never existed before among the governments of men in such a fashion as was required for His Church in the last dispensation of time.

As the Lord’s Spirit moved upon the people of Europe, explorers went exploring, scientists discovered new knowledge, spiritually-minded people began to seek the truths they could see had been lost over time, and the arts blossomed as never before in history. The Lord was working through His children to create a climate that would lead to the restoration of the gospel of salvation for all mankind.

Politically, Europe changed from a system to serfs and masters to nations being united under monarchs, then to people demanding rights to govern themselves. This process took hundreds of years, but it ultimately led to the various governmental systems we see today. The pursuit of freedom from oppressive governments is what led to the founding of the United States of America. Finally, there was a government based on religious liberty, and a society in which religious liberty was protected by the government.

It is important to note that the Lord had shown these developments to his prophets as far back as Adam. The ancient prophets marveled at the events that would lead to the last dispensation of the gospel, in which the teachings of the Savior would be restored to never again be taken from the earth. This is a special day and age long ago foretold and longed for by all the ancient prophets.

The only event of greater effect in the life of this planet than the Restoration of the gospel was the life of the Savior of the world. With the Restoration of His gospel, the path to salvation for all mankind became available in full force on both sides of the veil of death. Through Joseph Smith, the full complement of priesthood authority and ordinances were restored so that salvation became available for both the living and the dead. Now salvation is truly available to ALL of God’s children at the same time.

Why do you think both the Father and the Son appeared to Joseph Smith? There are a multitude of answers to this question. It was more than just a momentous occasion in the history of the earth. It was more than just another restoration and an opening of yet another dispensation. Dispensations have come and gone many times since Adam’s day. This one was special. This dispensation is the last, the final time the gospel was to be restored.

No one on earth had any clue as to the true nature of God. If Joseph Smith was to exercise real and powerful faith in God, he needed to know the nature of the God he worshiped. He needed to know the character of God. That is just part of the reason the Father needed to be there to introduce His Son. It is the divine order of things that none of the members of the Godhead testify of themselves. They testify of each other. The Father testifies of the Son. The Son testifies of the Father and the Holy Ghost. The Holy Ghost testifies of both the Father and the Son. This is another way in which they are completely unified and act as one. It also fulfills the law of witnesses given to us by God, that in the mouth of two or more witnesses shall the truth of all things be established.

The validity of Joseph Smith’s first vision is what makes or breaks all other claims about the restored gospel of Christ. Everything else we can say or supposed about our Church depends on the truth of that first vision. If we have a testimony of anything in the Church, our testimony needs to be based on the truth of that beginning event. Everything about the Restoration flows from the power of that first event.

The Lord is consistent in his ways. We learn from latter-day revelation that in the premortal world we were foreordained to do certain works of righteousness during our time in mortality. Abraham says in the book of Abraham that he saw the Lord standing among many of the great and noble children of God and he was told that God said He would make these people His leaders.

Just as each prophet has a special work that has been reserved for only that prophet to accomplish, so to were the ancient prophets given special assignments and responsibilities. Joseph Smith learned this first hand as ancient prophets began to appear to him and use their priesthood keys to confer their responsibilities on him so he could have the authority to carry out his work in this new dispensation. As you study Church history this year, look for the names of all the prophets who came to Joseph Smith and gave him keys of authority, authority they had held in reserve for centuries, just waiting for the last dispensation to begin so they could pass those keys, those responsibilities, on to Joseph Smith.

With the keys of the priesthood came revelations of truth about both our mortal experience and our eternal nature. Now that the gift of the Holy Ghost had been given to men again, faith could now begin to open the windows of heaven unlike mankind had seen happen in almost two thousand years. Revelations began to pour forth from the heavens, and knowledge was not only restored, but new knowledge was given in great abundance.

We learned about the three degrees of glory, about the importance of and responsibilities of the offices of the priesthood, etc. We had revelations given to individuals through the prophet, as well as revelations for the Church as a whole. This certainly had not happened in millennia.

President Hinckley lists eight categories in which revelations were given that gave us knowledge mankind had either lost or had not known about before. This list is not exhaustive but demonstrates to us the extent to which Joseph Smith blessed mankind with his service as a prophet of God.

As you study this lesson and those that follow, keep coming back to the massive contribution Joseph Smith made to our knowledge of God and how the revelations he has provided us with so many opportunities for blessings, both physical and especially spiritual.