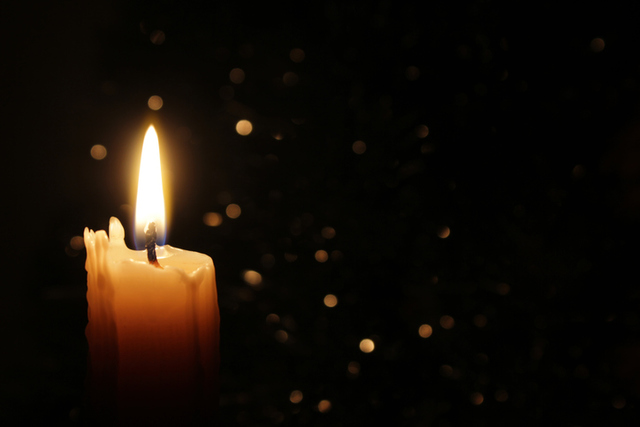 Teachings of Gordon B. Hinckley Lesson 2: "An Ensign to the Nations, a Light to the World"

To be an ensign or banner to the nations of the earth, the Lord’s church must first become visible and known to the nations of the earth. This process of becoming visible to move the work of God forward among all the people of earth was part of President Hinckley’s work. This work started while on his mission and continued to the day of his death.

This lesson only discusses a small sliver of his work to move the presence of the Church into the public eye. You will see more of his calling, and how he fulfilled it, as you study the other lessons in this manual.

An important aspect of the introduction, not pointed out specifically, is Gordon B. Hinckley’s preparation for the assignment given to him right after his mission. He had completed his undergraduate degree in English before his mission. Now that he had completed his mission he was interested in pursuing an advanced degree in journalism. The Lord was opening doors for young Brother Hinckley to be influential in introducing His Church to the world.

While on his mission Elder Hinckley received assignments that honed his faith and communication skills. This opened the door of trust among the leaders of the Church when he faithfully fulfilled his assignment to take a report from his mission president back to the First Presidency. His report was so well received that the First Presidency took his report, and a recommendation to the Quorum of the Twelve, then, with everyone’s agreement, offered him a job working in the “newly formed Church Radio, Publicity, and Mission Literature Committee.”

Section 1 of the lesson references Daniel’s vision of the stone cut out of the mountain without hands that rolls forth and fills the earth. President Hinckley did much in his lifetime to further that progress. His ability to speak with reporters and answer questions in tough interviews greatly increased the visibility of the Church among many of the nations of the earth.

Section 2 of the lesson makes some important points about the fulfillment of the many prophecies of the progress of the Lord’s kingdom in the last days. It points out that many prophets were shown the work that we are currently engaged in. They wrote about it in our scriptures to let us know that the Lord has been preparing for this day for millennia. Brigham Young was shown our day. Isaiah was shown our day. If we look to the Book of Mormon, many of those prophets speak directly to us and tell us of our responsibilities as members of the Church in the last days. Witnesses of the mission and responsibility of the Lord’s Church are all around us.

Just after the Saints entered the Salt Lake Valley, Brigham Young stood on Ensign Peak and talked to a small group around him about the destiny of the Saints in that valley and beyond. President Hinckley relates their experience this way:

I marvel at the foresight of that little group. It was both audacious and bold. It was almost unbelievable. Here they were, almost a thousand miles [1,600 kilometers] from the nearest settlement to the east and almost eight hundred miles [1,300 kilometers] from the Pacific Coast. They were in an untried climate. The soil was different from that of the black loam of Illinois and Iowa, where they had most recently lived. They had never raised a crop here. They had never experienced a winter. They had not built a structure of any kind. These prophets, dressed in old, travel-worn clothes, standing in boots they had worn for more than a thousand miles from Nauvoo to this valley, spoke of a millennial vision. They spoke out of a prophetic view of the marvelous destiny of this cause. They came down from the peak that day and went to work to bring reality to their dream.

The Lord has grand plans for His people and His Church. It is His people who lack vision and who are guilty of thinking small thoughts. The Lord continues to move His work forward to bring His message to all the people of the earth. His prophets often do things in that process that confound the members of the Church and try their faith. But every time we follow the Brethren, our faith grows apace with that of the Lord’s Church. Those who do not seek help from the Lord to trust in His prophets are those who get left behind as the work moves ever forward toward the Savior’s millennial reign.

The important point of the third section in this lesson is that each of us may only have responsibilities over a tiny portion of the Lord’s work, but that doesn’t relieve us of the charge we have been given to see the grand design so we can find our place within it.

It is often the case that the work we do as a greeter at the door or as a chorister in a meeting seems almost invisible, but remember that the Lord views everything we do, like the parts of the body that must work well together in order for the whole body to stay healthy.

The Lord is always concerned with the grand plan, but even the Atonement that was performed for the good of all of God’s children is applied one soul at a time, by one act of repentance at a time. Everything we do in the Lord’s kingdom, no matter how invisible or small, affects someone’s salvation.

The Lord will continue to move His work along. He will continue to reach out to new countries and to find ways of reaching more of his children individually. In the meantime, it is our responsibility to fulfill our individual callings to the best of our abilities and to support God’s servants in any way we can to help move the plan of salvation along its intended path. Each of us is intended to be Saviors on Mount Zion, to help the Lord in His glorious work in the last days. That is the very nature of the covenants we have made, starting with our baptismal covenants.

The Lord intends for His Church to become an ensign, a banner to all the nations of the earth. This banner acts as a spiritual gathering point, a rallying point in the great conflict for souls in the last days. But He intends for much more than that. He also intends that each of us become ensigns to those around us. Each of our lives needs to reflect the dignity and honor of the Church’s ensign. This way we can each set an example for those around us. Our lives can show our neighbors and strangers alike where peace and security can be found. Our example is the light set on the hill for all to see.

The further away from the Lord the world goes, the more brightly the example of the faithful members of the Church will shine. The Lord is counting on our faithful obedience to help draw those who are dismayed by the practices of the world toward His message of salvation and joy.

As you study section 4 of the lesson, I encourage you to make a list of all the things President Hinckley tells us we can and should be doing to help move the Lord’s work along. These are all things each of us can be doing as we fulfill our individual assignments in the kingdom, no matter how small they may appear to be.