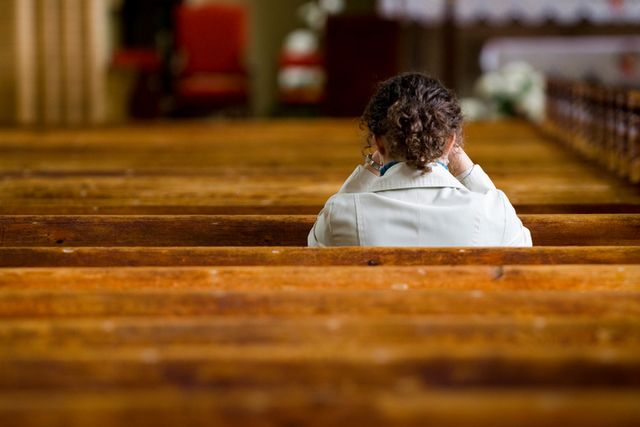 Teachings of Howard W. Hunter Lesson 15: "The Sacrament of the Lord’s Supper"

Of all the symbols used throughout the plan of salvation, there are none more important to grasp and appreciate than those used in the sacrament. The atonement of Christ is the central act of all of creation, as well as in our eternal progression. The symbols of the sacrament connect us to that all-encompassing act of compassion and mercy.

When Moses told the people of Israel that their God was going to deliver them from bondage with one last great and terrible miracle, he told them they only needed to believe and to do a simple set duties. They were to sacrifice a lamb without blemish and paint its blood on the frames of their outer doors. They were then to prepare a specific kind of meal in haste and dress as though ready to leave the house. For indeed, once the Lord killed all the firstborn in Egypt, the people of Egypt would want them to leave as quickly as possible.

With very little effort on their part, God worked great and marvelous things to deliver them from bondage. In celebration of their miraculous deliverance, they observed the Passover every year after.

The day will come for us, just like it did for Pharaoh, if we continue to pick and choose what we will obey and our own disobedience will be our undoing. The lesson to the Israelites was that looking to God brings physical life and prosperity. The Lesson to us is that looking to Christ and his atoning sacrifice brings eternal life and happiness.

Like the Law of Moses, the Passover was celebrated for centuries. It celebrated Jehovah as Israel’s liberator and king. God fought their battles with the surrounding nations, punished Israel with plague and famine when they were disobedient, but sent healing and help when they obeyed.

Everything having to do with the Law of Moses pointed to God’s desire to bless, save, and prosper his covenant people. But all the people saw were the physical manifestations of his saving grace. They had a difficult time recognizing that their law was trying to point them to a day when the Lord would give them a higher law that would bless them individually, like the Law of Moses blessed them as a nation.

When we look at the symbols surrounding Christ and his people, we tend to see just the physical representations of those symbols. For example, when Jesus presented the bread and wine to his disciples after the last Passover meal, we know that the bread represents his body and the wine or water represents his blood.

“Christ was not being figurative when he declared ‘This is my body which is given for you.’ He literally gave of his body when he suffered in Gethsemane and on the cross. He suffered pains and afflictions no other human could suffer and still live.

The blood He shed was both in the great drops of blood He sweat during the ordeal in Gethsemane, but also the blood that was spilt as he was flogged (scourged) and crucified.

The giving of both His flesh and His blood show us the completeness with which He sacrificed Himself. Nothing was held back, He gave all of Himself to save us. He did not protect any part of Himself, but suffered all of Himself to be given to the process of our redemption. We might well ask ourselves if we give ourselves to Christ with as complete abandon as He demonstrated, or do we hold back and try to selfishly protect part of ourselves from the sacrifices required to be completely forgiven and transformed? (Mormonbasics.com Commentary on Lesson 15)”

The Law of Moses was a physical law that pointed the people toward spiritual truths. Unfortunately, much of the time they did not see or appreciate those truths. The Law of the Gospel that Jesus introduced, culminating with the sacrament, is a spiritual law that points us to how we are to live our lives physically to fulfill the spiritual commandments. The focus of our covenants is no longer on what happens in mortality, but what will happen in eternity.

The Blessings of the Sacrament

Anciently, the children of Israel had daily performances they were required to do in order to remind them of their covenants with their God. Today, we have the sacrament. Once a week we have the opportunity to sit in quiet reflection of the sacrifice Jesus made on our behalf to save us from being eternally cut off from the presence of God.

The covenants Jesus made possible with his personal sacrifice for each of us makes it possible for us to be forgiven of our sins, to be resurrected with an eternal body of glory, and, if obedient to His commandments, to live again with God, our Father, for all eternity.

That is actually a lot of think about. Unfortunately, the time it takes to pass the sacrament is short, so it becomes imperative that we not be texting, looking things up on our devices, or whispering with our neighbor, etc. We only get this opportunity to take the sacrament once a week, and then not every week of the year.

How special this time is. How sacred this opportunity is. “The solemn moments of thought while the sacrament is being served have great significance. They are moments of self-examination, introspection, self-discernment—a time to reflect and to resolve.”

Participation in the ordinance of the sacrament should be the center and the highlight of our entire Sabbath day. All our worship and focus should be on this sacred ordinance, for it is this ordinance that tethers us to the atonement. Solemn reflection and righteous resolve during the sacrament will bring us closer to the Spirit and help us be better people during the rest of the week.