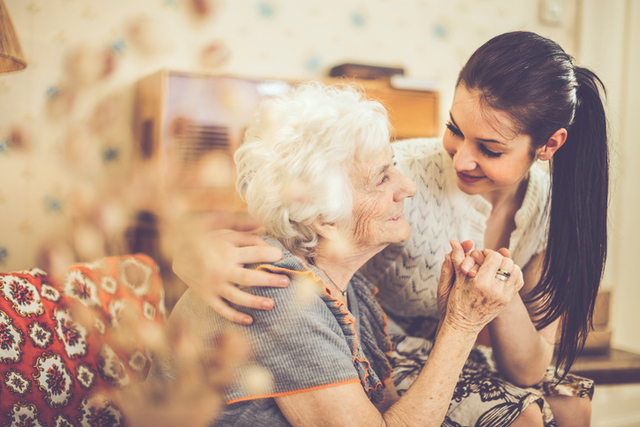 Teachings of Howard W. Hunter Lesson 19: "Our Commitment to God"

We are far more likely to be willing to make great sacrifices for a calling in the Church if we have an eternal perspective on the calls we receive. If our calling, no matter what it is, is just to a position in a social organization then it can be easily abandoned. But if our calling comes from God, and the performance of our duty in that calling, no matter how minor the calling appears to be, affects our standing with God in the eternities then we are more likely to take the calling seriously and do what is necessary to succeed in that calling. (Kelly P. Merrill commentary on this lesson at Mormonbasics.com)

President Hunter uses the example of Shadrach, Meshach, and Abed-nego to demonstrate complete commitment to one’s beliefs. When we are baptized and when we make other covenants with the Lord, the purpose of those covenants is not to slow down our eternal progress or to make life harder, but to speed up the needed changes and to make life easier.

That may sound contradictory since it is not easy at all to change the people we are to the people we need to become. But if you compare the degree of happiness and amount of hope available to one who hasn’t made covenants with someone who has made covenants, the difference is astounding.

The peace that surpasses understanding is available only to those who have made covenants with God and who have kept those covenants. What is required is a complete commitment to the changes we need to make in order to become like our Savior and our Father in Heaven. We will have to forsake all our sins, all our disposition to disobey, and embrace the life of sacrifice and service, love and work embraced by our Savior.

The Savior has promised that His yoke, that is, the burdens He requires us to shoulder, are much easier to bare than those burdens we are currently carrying because of sin. The more completely we commit ourselves to the process of change and obedience, the easier life becomes, and the more joy we find in living it.

In the Book of Mormon, Alma and Amulek were sent to preach repentance to the people of Ammonihah. When the people fully rejected their call to repentance, they went so far as to round up all the members of the Church who would not deny their religion and burned those members alive. When Amulek asked Alma if they could use the priesthood to save them, Alma told him the Spirit was restraining him from doing so. If they let them die then the judgments the Lord was about to send down to the people of Ammonihah would be just.

This demonstrates an important principle. Whether we are saved from destruction or are required to die for our beliefs, the level of commitment is the same. Shadrach and friends had no idea if they would burn to death or be saved from death by a miracle.

The moral of these two stories is that whether we live or die in the Lord’s service, we still need to be willing to give our all if it is required of us. Most of us will not be asked to die for the gospel message, but we need to be able to answer the question, “Are you willing to live with just as much commitment to the gospel as do those who die for it?”

The Lord Keeps His Promises

The story of Joshua is used by President Hunter to demonstrate that prophet’s commitment to being obedient to the Lord. Joshua is a prime example of someone who was willing to do as the Lord commanded, even when all else told him not to.

Think about it. Joshua was told to take the nation of Israel and march around Jericho (a heavily fortified city on a hill) once each day in complete silence. On the seventh day they were to march around the city in silence, then on his command, they were all to shout and blow horns, and the promise was that this act of apparent lunacy would cause the city to be delivered into their hands.

These instructions, on the surface, are ridiculous. Nothing like this had ever even been discussed before, let alone attempted. Talk about a leap of faith. Day after day he led the children of Israel on their silent march around the city. I am confident there were those in their ranks who thought Joshua was a crazy man. Yet Joshua was obedient down to the very letter of the instructions given to him by the Lord’s messenger. And on the seventh day when they had marched quietly around the city then sounded their horns and made a mighty noise, the unthinkable happened. The walls of this mighty fortress city fell down flat, allowing the Israelites to rush into the city and conquer it. I’m not sure who was more surprised, the people of Jericho or the Israelites.

Sometimes we are asked to keep commandments the rest of the world doesn’t keep. There are times when even those in the Church will think we are crazy for sticking to what the Brethren have asked us to do. But remember, the Lord doesn’t want just a contribution from us, He wants a full-hearted commitment and devotion to His ways. And His ways are rarely our ways. But no matter what He requires of us, it is always the right thing to do and will always result in blessings showered upon our heads.

A Time to Choose

The Lord owns everything around us in mortality. There isn’t anything, not even our bodies, that can be taken with us when we leave here. The only thing the Lord has ever asked for is for us to commit to Him is the only thing that is solely ours to give, our will. The only reason he requires us to give him our will is because, with our complete commitment to obeying the commandments of the Lord, He can change our hearts and empower us to become like Him. Without our willing compliance, He is unable to do what must be done to teach us how to become gods someday. Becoming like a god is completely up to us. But to accomplish this lofty goal, we must be willing to give to our Father in Heaven the only thing that belongs only to us, our will. Once we have become fully committed to obey Him at all costs and at all times, we will have enabled Him to work miracles in our lives. And these are miracles we can expect to receive because that is His promise. “Surely the Lord loves, more than anything else, an unwavering determination to obey his counsel.”

The Lord revealed in the preface to the Doctrine and Covenants that this is the “only true and living church upon the face of the whole earth.” Then he added, “with which I, the Lord, am well pleased, speaking unto the church collectively and not individually” (D&C 1:30).

The Church is a living church because we are led by prophets who are in constant communication with the Savior. The Church does the will of the Lord, and as new instructions come, so does the Church grow and change with the acceptance of those new instructions.

Being a living member means we are fully committed to living the lifestyle of a Latter-day Saint. We keep the commandments, support our leaders, serve our fellow man, and participate actively in missionary work, both for the living and the dead. And most importantly, we actively listen for the promptings of the Spirit to guide us in our efforts to bring about much good on our own. This is what the Savior would do.

Living members put Christ first in their lives, knowing from what source their lives and progress come. There is a tendency for man to put himself in the center of the universe and expect others to conform to his wants and needs and desires. Yet nature does not honor that erroneous assumption. The central role in life belongs to God. Instead of asking him to do our bidding, we should seek to bring ourselves into harmony with his will, and thus continue our progress as a living member. …

May we stand firm and be true and living members of the Church and receive the promised reward to be among those spoken of in the Doctrine and Covenants, “who are come unto Mount Zion, and unto the city of the living God, the heavenly place, the holiest of all” (D&C 76:66).