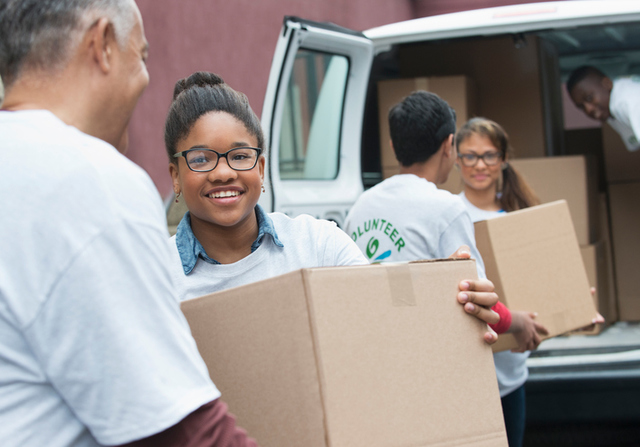 The object of this lesson is to show us the reality that most people, though never famous or wildly influential, are “no less serviceable” in the eyes of the Lord. His expectations for us do not extend beyond our immediate circle of family and friends. As long as we are covenant making, covenant keeping folks, who look to the Lord, we will have earned our Father’s praise.

Think of those whose names appear in the New Testament as the ancestors of Jesus. We know nothing of their lives. It is probably fair to say they all lived in relative obscurity, yet their lives combined to make half of the genetic makeup of the Savior of the world. They were a chosen lineage, and were blessed to be part of something great, even though they were no longer in mortality to see it come to pass. But they were certainly in the spirit world to witness their descendant come through the veil.

President Hunter “knew that the service itself was important, not whether he received any recognition.” It’s not the fame and notoriety that comes from service, but the love and kindness shown by the service that is important. The Savior did great things because He was capable of doing great things. However, He didn’t do them to be seen of others, but to demonstrate God’s love for each person He blessed.

President Gordon B. Hinckley addressed this topic in the following quote:

"Anyone who imagines that bliss is normal is going to waste a lot of time running around shouting that he's been robbed. The fact is that most putts don't drop, most beef is tough, most children grow up to just be people, most successful marriages require a high degree of mutual toleration, most jobs are more often dull than otherwise. Life is like an old time rail journey . . . delays . . . sidetracks, smoke, dust, cinders and jolts, interspersed only occasionally by beautiful vistas and thrilling burst of speed.

The trick is to thank the Lord for letting you have the ride."

Life is not glamorous for most folks. Life is ordinary and taxing most of the time. But we have blessings and assurances from the Lord that give us moments of joy and hope. It is important that we learn to be grateful for even the mundane parts of our lives, for it is in these times that much of our character is displayed in its true nature.

A person who does not crave attention can be at peace with anonymity. It is only the person who craves attention that cannot quietly serve in the background. It is important to remember that glory and honor are not taken by us, but they are given to us by God, who sees our service done in secret, but rewards us openly.

Sometimes we wonder if we could ever be called to service in a high level capacity in the church. What would life be like as an apostle or a Primary General President? The questions we should be asking ourselves are: Can I make myself as worthy as a General Authority of the Church? Can I be as faithful as the Young Women’s General President? If I can have all the spiritual blessings of being that worthy, but live and serve among those I already love, how blessed would I be?

How profound is the influence of a mother and father? How blessed are we to be teaching and serving the upcoming generations in Primary and the youth programs? We have the opportunities of a lifetime to direct and influence for good the future leaders of homes, wards, and stakes of Zion. How profoundly grateful we should be for such blessings, quiet and invisible as they may be.

Sam, the brother of Nephi, was one of those faithful people who served in the background, while their more famous relative received all the attention. Yet Sam’s blessing by Lehi, as related in the lesson, shows that those who perform the work need not have the fame in order to receive the same blessings from the Lord.

On a personal note, how many of our mothers have worked and sacrificed their whole lives for the welfare of their children, but have very few who truly know of their individual sacrifices? How many of our fathers toiled in the sun or in jobs they hated in order to provide for our opportunities in this life? They often did so for decades, bearing the burden required so we could have a chance at earthly blessings they didn’t get to have.

A great challenge for when we feel unimportant or forgotten would be to read the Book of Mormon and look for all the supporting characters. Look for the Sams and the people who served their king, country, and God but are not the main names we all know. The Book of Mormon is full of these lesser-known people. Some were even kings or prophets, yet we know very little of them. Some of them were servants or family members to those we always read about. And some were just companions to famous people.

Yet in each case, these almost invisible people made important contributions to the overall story and to the lives of those we have come to care about in the scriptures. The important thing is that they were serviceable to the Lord in their lives, in whatever capacity they could be. For this they will have their reward, for the Lord requires nothing more than that we be faithful in whatever situation He places us in.

We Can Render Great Service

President Hunter speaks in this section of a man named Oliver Granger who served the prophet and the Church in redeeming pledges and paying debts in Kirtland, Ohio. He was partially blind, yet served missions for the Church.

Is there really any difference between a man like Oliver Granger and men like Abraham or Moses? All of them had trials to overcome. All of them were faithful in all things entrusted to them by the Lord. And all of them were praised for their faithful service by the Lord. The reward is the same, whether we are known by the world or not. For, as I mentioned before, the Lord who sees our service in secret will reward us openly.

The main point of this section is that there is an allure the comes with popularity, even in small doses, that can bedazzle us and tempt us to focus more on the attention we get for doing something, rather than focusing on the service itself.

Service is what is important, not whether it is seen by others. The Lord sees it all, so it isn’t like we don’t have an audience. Praise can be as addictive as any narcotic. We need to be wary of praise. Many have lost their soul because they succumbed to the tempting seduction of worldly praise and attention.

Understand Why We Serve

Our church operates with a lay ministry. One day we may be a leader of an organization. The next week we may be without a calling altogether. We may be a custodian or a counselor. There is no such thing in the Lord’s kingdom as earned preeminence. We serve where we are called and when we are called. We serve until we are released from that calling. That is all. This in itself is a great lesson in humility.

When we come to understand that every calling is an opportunity to serve the Lord and further His purposes, we no longer care what the nature of that calling is. All that is important is that we do our best and be grateful for the opportunity to be of use to the Lord in His work.

“The Lord has promised that those who lose their lives serving others will find themselves.” We find ourselves by discovering our limits and learning to rely on the Lord. He teaches us how capable we really can be with His help. By serving the Lord through the service of others, we discover the value of our own worth in the sight of God.

Finally, one last quote from the lesson: “If you feel that much of what you do does not make you very famous, take heart. Most of the best people who ever lived weren’t very famous, either. Serve and grow, faithfully and quietly.”