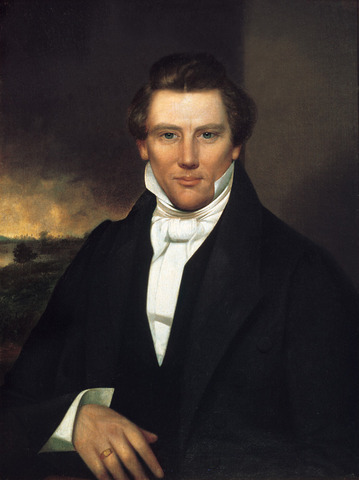 Get the full lesson "Honoring the Priesthood Keys Restored through Joseph Smith" from the Teachings of Joseph Fielding Smith at LDS.org.

﻿Supplement is from Elder Dallin H. Oaks's  talk, "The Keys and Authority of the Priesthood" from the most recent April 2014 general conference priesthood session:

Ultimately, all keys of the priesthood are held by the Lord Jesus Christ, whose priesthood it is. He is the one who determines what keys are delegated to mortals and how those keys will be used. We are accustomed to thinking that all keys of the priesthood were conferred on Joseph Smith in the Kirtland Temple, but the scripture states that all that was conferred there were “the keys of this dispensation” (D&C 110:16). At general conference many years ago, President Spencer W. Kimball reminded us that there are other priesthood keys that have not been given to man on the earth, including the keys of creation and resurrection.

The divine nature of the limitations put upon the exercise of priesthood keys explains an essential contrast between decisions on matters of Church administration and decisions affecting the priesthood. The First Presidency and the Council of the First Presidency and Quorum of the Twelve, who preside over the Church, are empowered to make many decisions affecting Church policies and procedures—matters such as the location of Church buildings and the ages for missionary service. But even though these presiding authorities hold and exercise all of the keys delegated to men in this dispensation, they are not free to alter the divinely decreed pattern that only men will hold offices in the priesthood.

Read the full talk, "The Keys and Authority of the Priesthood" by Elder Dallin H. Oaks.