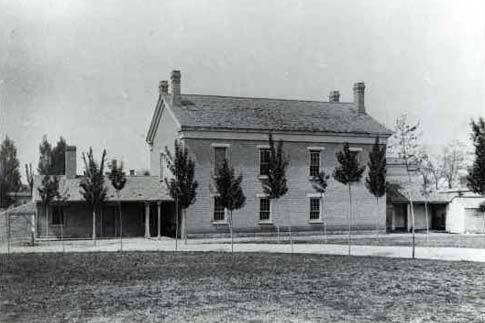 That part of Temple Square, its northwest corner, was once the site of a small adobe building, just 33′ x 44′, with short wings added later in its life. It was a plain building, as humble in design and material as any other public building erected in the Salt Lake Valley in the 1850s, but it was a special building, held in fond remembrance by hundreds of Latter-day Saint families, as the place where they, or their parents, or, now, their great-great-great-grandparents, began their married lives. That corner is where the old Endowment House stood.

Ground was broken for the great Salt Lake Temple in 1853, but it would be a full 40 years before the Temple was completed and ordinance work could begin there. The Saints needed something else to fill in during the meantime, a place where ordinances for the living, if not the dead, could be performed.