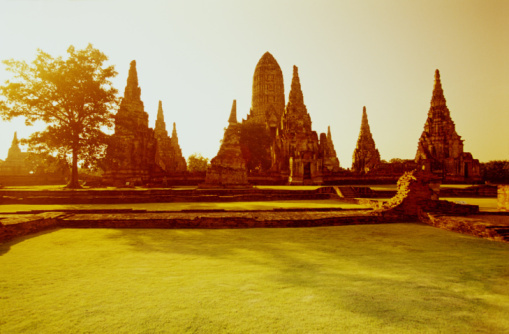 He has blond hair, a pale skin and blue eyes so when he starts speaking, the last thing I am expecting to hear is a sentence in fluent Thai. Maybe, I think, to speak, John Adam Bradshaw was born and raised here, the son of an international businessman who chose to make Thailand his home.

But that's not the case. Ajarn (professor) Adam, as he calls himself, is a 26-year-old American hailing from Utah who's passionate about Thailand and the Thai language.

I first came across him on Youtube. He'd posted a video clip of himself speaking Thai titled "Farang who can speak Thai clearly" and I had to admit he scored high. Like many Thais, I'm always impressed with foreigners who try to learn the language, not least because it shows a sense of open-mindedness and a great deal of respect.

Bradshaw has also posted more videos about teaching English to Thai people using Thai as the teaching medium, which seems like a very good idea.

A volunteer missionary for his church who first came to Thailand to about the bible and Christianity, Bradshaw instinctively knew that if he was to reach Thais, he needed to speak the language. He says he's enjoyed learning Thai from his very first lesson because it's so very different from English.
Read the rest of this story at nationmultimedia.com