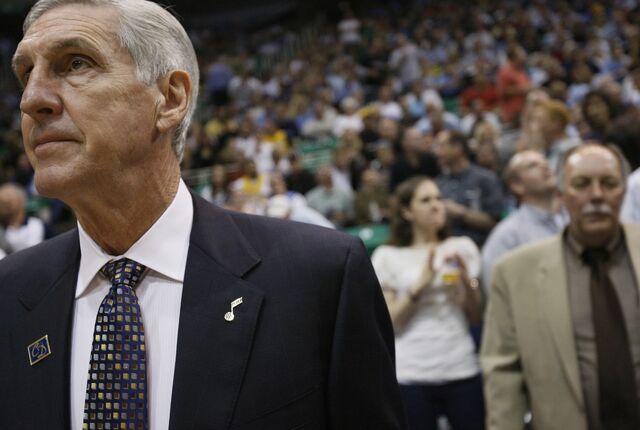 “In March 2008, the affable President Monson briefly stopped en route to his third-row seat as the Jazz huddled during a timeout,” Genessy remembers. “He greeted players, smiling and pointing at them. He gave the coach a friendly salutation. Carlos Boozer thought it was ‘cool’ after being told who President Monson was. ‘He tapped Jerry on the shoulder and it was like, “Good job, coach. You’re the best,”’ Boozer recalled. ‘And Jerry was like, “Who was that?”’ Sloan, who’d never met President Monson, also felt much better after he found out. All the better that the Jazz proceeded to go on a 27-11 run and beat the Clippers 121-101.”

Heaven better be ready for you Jerry. Go coach ‘em up! Thanks for the privilege of playing for you. Rest In Peace coach. pic.twitter.com/doTeGdBNBX— Thurl Bailey (@bigTbailey) May 22, 2020

Following President Monson's passing, the Utah Jazz honored the prophet both on the jumbotron and in a statement for being a true Jazz fan.

The @utahjazz honor LDS President Thomas S. Monson with a moment of silence ahead of the Jazz-Pelicans tip-off. 🙏🏾 pic.twitter.com/cxqaKQIfzn— Eric Woodyard (@E_Woodyard) January 4, 2018

“His lifelong service and his impact on the world will always be remembered,” the Jazz released. “He was an example of pure service, always looking after those in need, including our family as he provided comfort by visiting Larry, another West High boy, many times during his long illness. We are honored to have had a close relationship with him and will miss him.”

READ THE REST OF GENESSY'S MEMORIES OF COACH SLOAN AT Deseret News.

SportsSports,
Comments and feedback can be sent to feedback@ldsliving.com