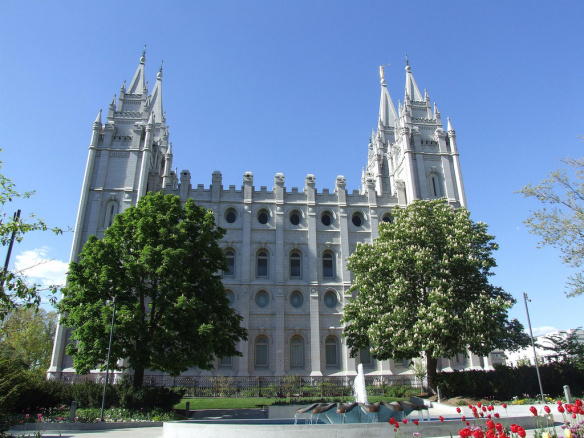 The Book of Mormon: Why the world’s most capitalist religion breeds so many entrepreneurs

On a sunny summer’s day in Provo’s North Park, hundreds of children are out with their parents, lining up for pretzels, lining up for face painting, and lining up to pet sheep. On a stage set up in front of a children’s playground, a folk band entertains a crowd of smiling people in shorts and T-shirts. At the park’s north end, men and women dressed in period costume sit on wooden chairs and embroider cloths by hand, spool yards of wool on a knitting wheel, or guide visitors around a pioneer village.

It’s July 24, Pioneer Day, a state holiday in Utah. It marks the 166th anniversary of the arrival of Brigham Young and the first group of Mormon settlers in Salt Lake Valley. Pushed out of Illinois and Missouri by suspicious locals, the group of 1,600 pioneers established a new colony in an inhospitable region of mountainous scrublands. To survive, the pioneers had to show resourcefulness and determination that would withstand the elements – the dry, dusty summers, and the frigid winters, when lakes turn into ice cubes.

Read the rest of this story at pandodaily.com