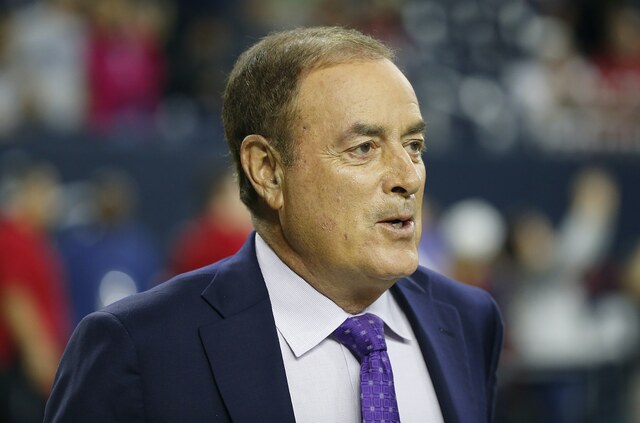 The Book of Mormon got a mention on Sunday Night Football; We’re still not sure why

In the middle of the Cleveland Browns and Pittsburgh Steelers playoff matchup Sunday night, Sunday Night Football announcer Al Michaels randomly referenced the Book of Mormon. We would love to explain the reference, but the mention came out of left field, to mix sport idioms, and involved a controversial call by the Pittsburgh Steelers coaching staff.

“While we were on the commercial break, I said when they kicked the extra point 'the book says.' I have no idea what book that was—the book of love, the Book of Mormon, whatever it was,” Michaels said.

And while Latter-day Saints ate up the reference to the book of scripture, fans completely disagreed with Michaels’s calling for the extra point that cut the game to a 12-point deficit rather than 11 if the Steelers had completed a 2-point conversion in the third quarter.  As one viewer put it, “Don’t know what Al Michaels is talking about. With a 13-point deficit, the book says go for 2 not 1. 12 or 13 is no difference. Still need 2 td’s. 11 points is tied with a TD + 2-point convert and FG.”

One Twitter user kiddingly replied, “He’s right, the Book of Mormon says when you are down 13 with 18 minutes left in the game you go for 1 instead of 2. Pretty sure that’s in Mosiah somewhere.”

He’s right, the Book of Mormon says when you are down 13 with 18 mins left in the game you go for 1 instead of 2. Pretty sure that’s in Mosiah somewhere.— Steven Jackson (@stevenpjackson) January 11, 2021

We can confirm that it is not.

NflNfl,
Comments and feedback can be sent to feedback@ldsliving.com