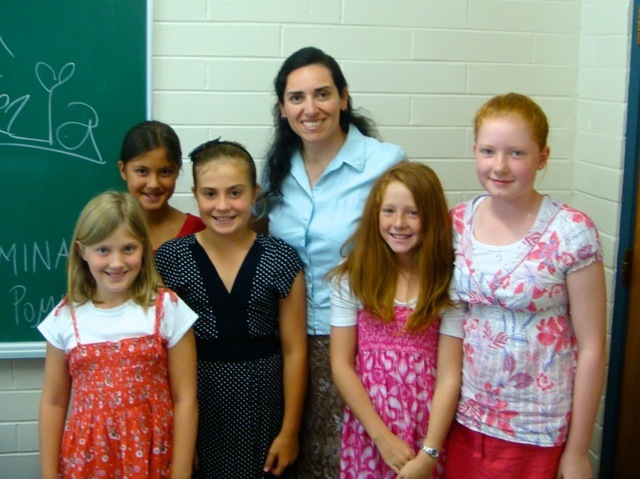 The Church in New Zealand

Members of The Church of Jesus Christ of Latter-day Saints have been in New Zealand for nearly as long as members have been in Utah—believe it or not. The first members in New Zealand were baptized in 1854, only seven years after Brigham Young arrived in the Salt Lake Valley.

Between the 1850s and 1880s, most converts in New Zealand were of European descent. In fact, the gospel was taking root in the green hills of New Zealand even better than it was in Australia, so in 1874, the Church’s headquarters for the Pacific were moved from Sydney to Auckland, a large city on the north island of New Zealand.

But when President Joseph F. Smith asked missionaries to focus their efforts on the humble, indigenous Maori people, the work simply exploded. For generations, the Maori people had been taught by their spiritual leaders that the true church had not yet come. When missionaries came by twos and spoke their native language—unknowingly fulfilling Maori legends of the long-awaited church—the Maori people accepted the gospel with grateful tears in their eyes.

The gospel has spread with incredible speed across New Zealand. In 1958, the Hamilton New Zealand temple was dedicated by President David O. McKay and has since been a symbol of eternity for members and a topic of intrigue for non-Mormon New Zealanders. The temple has turned the city of Hamilton into a stronghold for the Church, with four stakes and hundreds of members. Now the Church in New Zealand spans both islands, with two missions, hundreds of missionaries, and over one hundred thousand members.

Working in the Vineyard

Julie Coward, a native New Zealander of European descent and the Relief Society president of the Takapuna Ward, says the sisters in her ward go to great lengths to show the people around them how much they are loved. “I have seen them make meals for one another, visit one another, and sit by one another. They help sisters get to the temple and have donated to the purchase of temple clothing for sisters struggling financially. I love their willingness to serve and their natural love for one another.”

If a new investigator comes to church or if a new family moves in to the ward, chances are they won’t be able to stay incognito for long. Members and leaders are quick to welcome any newcomers as soon as they arrive.

When Romina Villamonte, a native of Argentina, felt impressed to move to New Zealand—without any sort of job offer beforehand—she wasn’t quite sure how to follow through with her prompting. First, she contacted the mission president’s wife, who sent out her information in a newsletter to various wards. And soon enough, Coward found a host family for Villamonte while she was looking for a job, which she eventually found at the University of Auckland.

“Now I’m one of the family,” Villamonte says. And she loves being in her new ward just as much as she loves living with her host family. “Everyone comes up to you and introduces themselves. You feel welcomed there. It’s nice to see that they reach out.”

In this land of rolling green hills, members are just as eager to help missionaries as they are to help newcomers. When KaRynn Perry was transferred to the city of Tauranga, she needed as much help from the members as she could get. When she and her companion finally arrived at their apartment after a two and a half hour drive, this first-time trainer and brand new missionary found their apartment empty and cold—literally.

“There was no electricity. No phone. No food. Nothing had been set up,” says Perry. “There was no map of our area. We didn’t have a phonebook. No ward directory. Not even a fridge.” As Perry pored over the area book, she read the last name “Rudo.” It rang a bell. Her previous companion, who had served in Tauranga, told her that she needed to contact Sister Rudo. So with nothing but a dying cell phone and a companion to feed, Perry called Sister Rudo. A short conversation followed:

“Hi, Sister Rudo. My name’s Sister Perry. We’re the new sisters in the area. . . . We don’t have anyone’s phone numbers or a ward directory or any food.”

After feeding them a home-cooked meal, taking them grocery shopping, and briefing them on the current investigators at church, Sister Rudo took the sister missionaries back home. While the sisters were away, their zone leaders had dropped off a new refrigerator for them. Perry and her companion were sure they could move the refrigerator into the flat by themselves, but Sister Rudo wouldn’t hear of it.

“This seventy-four-year-old woman would not let us move it by ourselves,” Perry says. “All three of us just shuffle this massive fridge into our flat. . . . It was just a great measure of who this woman was, who was so willing to do everything and anything for other people—literally willing to break her back for others.”

Sister Rudo soon became a great blessing to not only the missionaries but the investigators as well. “When we would bring her to lessons with us, she would immediately love the people,” Perry says. “People felt that, and it’s just different coming from a member who oozes with Christ-like love.”

The Maori people are a rather chatty, fun-loving clan of people. Often, stories of their ancestors permeate the air at family gatherings. Knowing what tribe or iwi you come from is very important to these family-focused people. With such a strong emphasis on the family already embedded in their culture, a great love for genealogy or whakapapa just comes naturally to the Maori members.

Melanie Riwai-Couch, a native Maori, knows that genealogy work is not only a gospel-centered principle but also a Maori tradition that links her family together.

“There is a lovely alignment between the Church’s emphasis on family and genealogy and the Maori tradition and importance of family and whakapapa, or ancestral lines,” she says. “This is a big bonus for us here.”

Coward, although not a Maori, also feels a great connection to family history. For many years, she has worked to complete her family’s temple work. “Genealogy means a lot. My mother died of cancer when I was just twenty years old. Fifteen years after my mother died, I was blessed to write her life history with the help of my older siblings and aunt. It was an amazing, life-changing experience to review her life.”

“It’s all about the family,” says Perry. “A lot of people already have their family history done. It’s just a matter of getting it to the temple. They are super dedicated and super family oriented.”

Grafting in the Wild Branches

Because the Church is already somewhat well known in New Zealand, the missionaries and members have both had success in spreading the gospel—even to some of the most unlikely places and unlikely people.

In cities like Auckland, Christchurch, and Tauranga, the missionaries are often encouraged to stay out of the seedy parts of town after dark. Gang-ridden Glen Innes was as seedy as they come, with two sides to the city: the dark side and the light side—literally. The gangs in the dark side have made the neighborhood pitch black by shooting out every street light in town. But in the light side, there are considerably less gang members and far more working street lights. But it was in that dark side of the city that the missionaries found a treasure trove of gospel-ready people.

Perry grew up in the suburbs of Oakland and knew how to be street smart, and before she knew it, she had gangbangers for friends. “I feel like I just learned to love the people so much because part of me was ghetto,” she says. “I learned to love the dark side because I felt that those who were poor and humble and who didn’t have excess to their life—they were far more keen to accept the gospel of Jesus Christ, recognizing that the Savior provides a light to their lives that they had been missing.”

Anna Howard was one of those from the dark side who found the light of the gospel. She was a native Maori and came from a long line of involvement in the Black Power, a prevalent gang in New Zealand. One day—“The Day of the Knock,” as she later recounts it—she spoke to her husband about a feeling she had in the pit of her stomach: something had to change. She felt as if she were careening through life in a downward spiral, but somehow through the wreckage, she landed on her knees.

She sent up a heartfelt prayer from her small kitchen, pleading for any sort of help. Not two minutes later, sister missionaries knocked on her door. They were actually looking for someone who lived nearby, but Howard knew they were meant for her. She read the Book of Mormon, started living the gospel, and was baptized three weeks later, along with her daughter. Soon she was serving in the Relief Society presidency and welcoming other new converts with open arms just as she was. It didn’t take long for Howard to be infused with a genuine love for her fellow members, members who in return loved her as their own.

Simply put, it’s easy to fall in love with members in New Zealand for one reason alone: they will love you right back. Maori members have always let one saying govern their lives and their hearts: Aroha mai, aroha atu—“Where love is received, love is returned.”