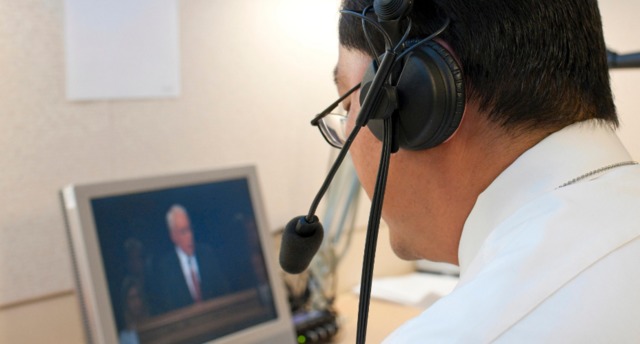 This just shows how much the Church focuses on fulfilling the promises talked about in Doctrine and Covenants 90:11, that "every man shall hear the fulness of the gospel in his own tongue, and in his own language, through those who are ordained unto this power, by the administration of the Comforter, shed forth upon them for the revelation of Jesus Christ."

The Church of Jesus Christ of Latter-day Saints broadcasts their Semiannual General Conference to members around the world. In order for that to happen, an Interpretation Team turns each talk into 94 different languages.

Sead Osamani is one of the three leaders of the Interpretation teams for the Church. While he lives in America now, he is originally from Italy. He has been interpreting for the Church for over 20 years.

Osamani explained the Interpretation team is, "Bigger than the United Nations." They do six languages while we do 94 for one event. It's amazing."

Read the rest of this story at good4utah.com