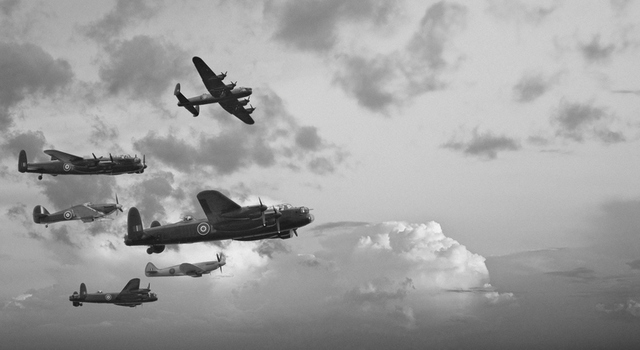 The Church's Statement on War During WWII: A Promise for Righteous Soldiers

byCasey Paul Griffiths, Susan Easton Black, and Mary Jane Woodger; Adapted from "What You Don't Know About the 100 Most Important Events in Church History" | May 26, 2017

Whether you’re a history buff or simply curious, you have probably collected a decent store of knowledge about important events in Church history. But no matter how well you thought you knew these stories, there are a surprising number of fascinating facts that you might have overlooked. Here is a look back at when the First Presidency stated the Church's position on war.

Four months after Japan attacked Pearl Harbor, President J. Reuben Clark Jr. read at the April 1942 general conference the First Presidency’s statement on war. This authoritative declaration was widely distributed as a pamphlet during World War II. Its inspired message gave direction and solace to thousands of Latter-day Saints and their family members who were serving in the military.

The 1942 First Presidency declared, “The Church is and must be against war. . . . It cannot regard war as a righteous means of settling international disputes; these should and could be settled—the nations agreeing—by peaceful negotiations and adjustments.” The statement defined the Church’s stance on war: “The Church itself cannot wage war, unless and until the Lord shall issue new commands. . . . But the Church membership are citizens or subjects of sovereignties over which the Church has no control.”

Therefore, when Latter-day Saints are called “into the armed service of any country to which they owe allegiance, their highest civic duty requires that they meet that call. If, harkening to that call and obeying those in command over them, they shall take the lives of those who fight against them, that will not make of them murderers. . . . For it would be a cruel God that would punish His children as moral sinners for acts done by them as the innocent instrumentalities of a sovereign whom He had told them to obey and whose will they were powerless to resist.” 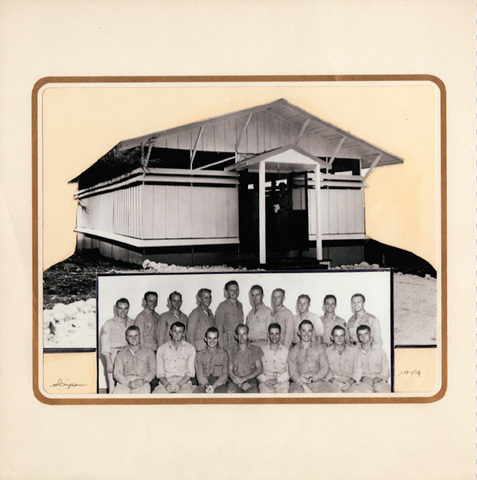 A Protestant chapel constructed by L. Tom Perry and fellow U.S. Marines on the island of Saipan, along with a photograph of Perry (pictured back row, fifth from left) and other Marines. Photographs taken in 1944. Courtesy of L. Tom Perry Special Collections, Harold B. Lee Library, Brigham Young University.

Later historians observed: “Given the Church’s international character, Church members unavoidably found themselves praying to the same God but from the vantage point of opposing camps. Nevertheless, righteous members of the Church who answered the call to arms—as indeed they should in response to their highest civic duty—and who conducted themselves as honorably as they could were absolved from responsibility for the shedding of blood. That responsibility necessarily would reside with those duly empowered to engage the nations in war.”

Latter-day Saints were assured that although “hate can have no place in the souls of the righteous,” they are “part of the body politic” and must obey those in authority, for there is an “obligation to come to the defense of their country when a call to arms was made.”

The 1942 statement contained prophetic promises for Latter-day Saint soldiers who prayed and kept the commandments: “Whatever betides you the Lord will be with you and nothing will happen to you that will not be to the honor and glory of God and to your salvation and exaltation.” The First Presidency promised Latter-day Saint soldiers that they would receive “a joy that will pass your powers of expression or understanding.” Moreover, they were assured that the Lord will “guard and protect you to the full extent that accords with His all-wise purpose.”

► You may also like: Why the 3 Degrees of Glory Sparked So Much Controversy for Early Members

They were also promised: “When the conflict is over and you return to your homes, having lived the righteous life, how great will be your happiness—whether you be of the victors or of the vanquished—that you have lived as the Lord commanded. You will return so disciplined in righteousness that thereafter all Satan’s wiles and stratagems will leave you untouched. Your faith and testimony will be strong beyond breaking. You will be looked up to and revered as having passed through the fiery furnace of trial and temptation and come forth unharmed. Your brethren will look to you for counsel, support, and guidance. You will be the anchors to which thereafter the youth of Zion will moor their faith in man.”

Over the course of World War II, this promise was fulfilled in the lives of Elders David B. Haight, Neal A. Maxwell, Thomas S. Monson, Boyd K. Packer, and L. Tom Perry, all of whom served in that war and later in the Quorum of the Twelve Apostles.