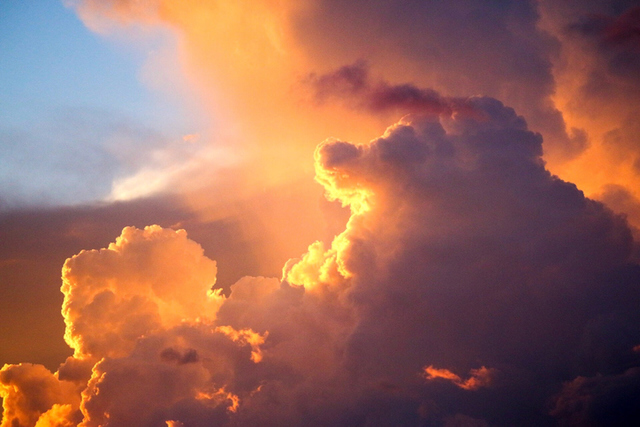 The City of Enoch: Where It Is Now + More Fascinating Facts

Imagine a 365-year-old city—disappeared. All the inhabitants—gone. All the buildings—gone. All the homes—gone. Everything was gone without a trace. This is what happened to the City of Enoch.

For thousands of years, people have wondered: Where did it go? Who lived there? And where is it now? Fortunately, the scriptures, especially the Pearl of Great Price, provide details about the divine destiny and history of the City of Enoch.

Though he asked God "wherefore am I thy servant?" after his call, the Lord showed Enoch, and us, a little more about the ancient prophet's divine potential:

And the Lord said unto Enoch: Go forth and do as I have commanded thee, and no man shall pierce thee. Open thy mouth, and it shall be filled, and I will give thee utterance, for all flesh is in my hands, and I will do as seemeth me good.

Say unto this people: Choose ye this day, to serve the Lord God who made you.

Behold my Spirit is upon you, wherefore all thy words will I justify; and the mountains shall flee before you, and the rivers shall turn from their course; and thou shalt abide in me, and I in you; therefore walk with me. (Moses 6:32-34)

And we find later in Moses that God's promises to Enoch were fulfilled as he led the people of God against their enemies.

And so great was the faith of Enoch that he led the people of God, and their enemies came to battle against them; and he spake the word of the Lord, and the earth trembled, and the mountains fled, even according to his command; and the rivers of water were turned out of their course; and the roar of the lions was heard out of the wilderness; and all nations feared greatly, so powerful was the word of Enoch, and so great was the power of the language which God had given him. (Moses 7:13)

As a leader and prophet of the people of God, Enoch met personally with the Lord on many occasions throughout his 365-year ministry. We know this because Enoch received many visions from God and "walked with him" (D&C 107:49) and talked with Him "face to face" (Moses 7:4).

During his ministry, Enoch also built a city for the people of God or the people who repented and were baptized. This city, whose inhabitants would later be translated, was known as the City of Enoch or Zion.

Where was the City of Enoch built?

It's unclear where the City of Enoch was located. From the scriptures, we know that Enoch came east out of his homeland of Cainan to preach repentance unto the people. Cainan was "the land of promise" named after the great-great-grandson of Adam (Moses 6:17).

A possible description we have of where the City of Enoch might have been located is in Moses 7:17, which states that the people of Enoch "were blessed upon the mountains, and upon the high places, and did flourish," making it possible that the City of Enoch could have been built somewhere in a mountainous region. However, "mountains" and "high places" could also mean sanctuaries or places of worship, not necessarily the location for a city.

While there are many theories about where the City of Enoch could have been, there's not enough evidence to give an exact location of where it was built.

Who lived in the City of Enoch and what happened to them?

The citizens of the City of Enoch were not limited to one group or tribe of people. Enoch preached repentance to "all the people" except the Caananites because of their wickedness (Moses 7:12).

The people of the City of Enoch were also "of one heart and one mind," united in their belief, and there were "no poor among them" (Moses 7:18).

Because of Enoch's preaching and leadership, the people of the City of Enoch were so righteous that "the Lord came and dwelt with his people" while they were on the earth (Moses 7:16).

► You'll also like: 5 Things You Probably Didn't Know About the Three Nephites

Eventually, the people of the City of Enoch were translated and taken from off the earth. But that didn't mean that those who weren't in the city at the time were out of luck. Even after Zion was taken off the earth, there were still those taking up residence in the city. "And Enoch beheld angels descending out of heaven, bearing testimony of the Father and Son; and the Holy Ghost fell on many, and they were caught up by the powers of heaven into Zion" (Moses 7:27).

As for their location now, it's quite possible the citizens of the City of Enoch still reside within it. However, we know from History of the Church that those who are translated are often given ministry assignments, as with Enoch.

Now this Enoch God reserved unto Himself, that he should not die at that time, and appointed unto him a ministry unto terrestrial bodies, of whom there has been but little revealed. . . . He [Enoch] is a ministering angel, to minister to those who shall be heirs of salvation and appeared unto Jude as Abel did unto Paul; therefore Jude spoke of him (History of the Church, 4:209).

It's very possible, then, that the citizens of the City of Enoch have ministry assignments of their own and are "ministering angels unto many planets," (History of the Church, 4:210).

Where is the City of Enoch now?

While talking to the Lord, Enoch expressed his full confidence in Zion, saying, "Surely Zion shall dwell in safety forever" (Moses 7:20). But the Lord's response revealed there was more in store for the City of Enoch than its earthly abode.

And it came to pass that the Lord showed unto Enoch all the inhabitants of the earth; and he beheld, and lo, Zion, in process of time, was taken up into heaven. And the Lord said unto Enoch: Behold mine abode forever. (Moses 7:21)

Thus began a vision of what would happen to the earth from then to the Millennium, and where Zion would eventually be located.

In this vision, Enoch saw the rest of the world sink into wickednesses, with Satan holding "a great chain in his hand, and it veiled the whole face of the earth with darkness; and he looked up and laughed, and his angels rejoiced" (Moses 7:26).

He saw the God of Heaven weep as He looked upon the wickedness of the world and the eventual flood that would destroy the wicked, events that would not happen for hundreds of years.

During this vision, Enoch also saw the divine destiny of Zion. He saw God receive Zion "up into his own bosom" (Moses 7:69). We know that the use of the word "bosom" in this instance means more than just some vague, heavenly location. According to The Pearl of Great Price: Verse by Verse Commentary, bosom in this instance means God's throne, His actually dwelling place.

But it wouldn't stay there forever. In Moses 7:62-64, we see that the city of Zion will return to the earth during Christ's millennial reign:

And righteousness will I send down out of heaven; and truth will I send forth out of the earth, to bear testimony of mine Only Begotten; his resurrection from the dead; yea, and also the resurrection of all men; and righteousness and truth will I cause to sweep the earth as with a flood, to gather out mine elect from the four quarters of the earth, unto a place which I shall prepare, an Holy City, that my people may gird up their loins, and be looking forth for the time of my coming; for there shall be my tabernacle, and it shall be called Zion, a New Jerusalem.

And there shall be mine abode, and it shall be Zion, which shall come forth out of all the creations which I have made; and for the space of a thousand years the earth shall rest.

Eventually, Enoch and those of the City of Enoch will be reunited with the righteous on the earth. According to The Pearl of Great Price: Verse by Verse Commentary, this will not be just a casual meeting, with the "receive them into our bosom" not representing a place, but a form of greeting: "an expected embrace between righteous people that is accompanied by falling on one another’s 'necks' and kissing 'each other.'"

The reunion of the City of Enoch to the earth in the Millennium will be its final resting place, and God's abode during this 1,000-year period.

And there shall be mine abode, and it shall be Zion, which shall come forth out of all the creations which I have made; and for the space of a thousand years the earth shall rest. (Moses 7:64) 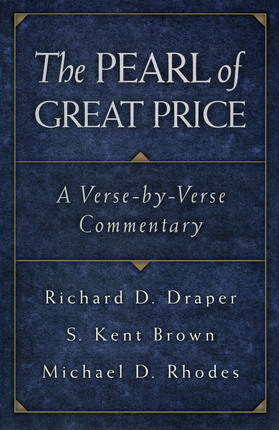 Get more fascinating insights into the scriptures with The Pearl of Great Price: A Verse-by-Verse Commentary.

Although the Pearl of Great Price is relatively short, its scope is remarkably broad, recording revelations to prophets in several dispensations — from Abraham and Moses to Joseph Smith. It provides deep and powerful insights into crucial Restoration doctrines, particularly doctrines relating to the plan of salvation. Three authors who are experts in ancient cultures bring you this verse-by-verse, even word-by-word commentary, the most thorough and reader-friendly treatment available. It will immeasurably enrich your understanding of such doctrines as the nature of God, pre-mortal life, the Creation, the Fall, the Atonement, the establishment of Zion, the Last Days, and the Second Coming.