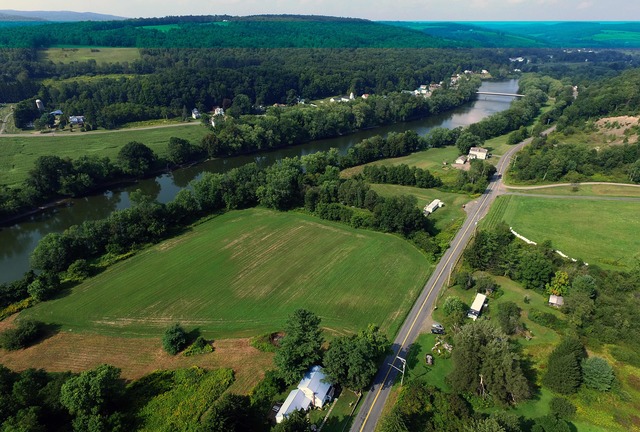 The Dream That Compelled One Historian to Help His Dying Colleague

Not long after Michael H. MacKay took a job in the Department of Church History and Doctrine at Brigham Young University, he was approached by William G. Hartley.

Hartley asked MacKay if he was interested in co-editing the journals of Newel Knight, an early convert of The Church of Jesus Christ of Latter-day Saints.

MacKay knew the project was important but respectfully declined because he was busy with other projects. He went to sleep that night considering the matter was closed.

“I fell asleep and had a disturbing nightmare that Bill had died,” MacKay said. “It was dramatic enough that I woke up in a sweat. Though I am not one to be motivated by dreams, I decided to take up the project with Bill the next morning. I emailed him and his reply to me was that he was so happy because he was terminally ill and would need me to take over the entire project and finish what he had started.”

MacKay was dumbfounded. He hadn’t known his colleague was dying, he said.

Hartley, the author of several books and an emeritus associate professor of history at BYU, died of cancer at age 76 on April 10, 2018.

More than a year later, the project, The Rise of the Latter-day Saints: The Journals and Histories of Newel Knight, is finished. MacKay felt a deep satisfaction to see the names at the bottom of the book’s cover: “Edited by Michael Hubbard MacKay and William G. Hartley.” 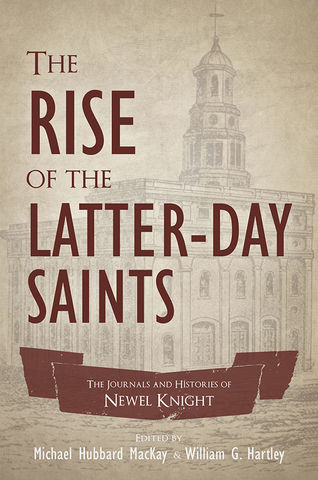 “I was deeply grateful for the motivating dream that God sent to me,” said MacKay, an author, historian and an associate professor in the Department of Church History and Doctrine at BYU. “I am glad this volume is a memorial to Bill’s good name!”

The historic volume was published by the BYU Religious Studies Center in cooperation with Deseret Book. Nathan Astel, Dallin Wright and Thomas Sorensen assisted with the project.

Why is this project significant?

Newel Knight was the son of Joseph Knight Sr. Both were among the first to join the church in New York after the church was organized in 1830. Newel Knight was one of only a few members to record insights into the character of Joseph Smith and record details about the founding events of the Restoration. Newel Knight died at age 46 near Winter Quarters, Nebraska, in 1847.

Thanks to MacKay and Hartley, all of Knight’s history is now all in one volume for the first time, he said.

MacKay recently responded to questions from the Deseret News about his love of church history, his association with Hartley and his work on the Newel Knight history.

This interview has been edited for length and clarity.

Trent Toone: When did you first become interested in church history?

Michael MacKay: I fell in love with church history on my mission in Honolulu, Hawaii, as I searched for answers to pressing doctrinal questions.

On my mission in Hawaii, I sat with a highly-educated African American who was sincerely reading the Book of Mormon and wanted to get baptized. Within weeks he had a baptismal date set, but became reticent about his choice because of things he had heard about the LDS priesthood ban. I desperately called my mission president for answers, who offered his own understanding of the ban, but got off the phone undetermined to share his answer with our investigator. I needed historical answers and had none. Fortunately, our investigator found several good books that were suggested by ward members and educated himself on the matter before his baptism. This was a turning point for me. I knew then that faith is often deepened through understanding and that history had many answers.

TT: What was it like to work with William G. Hartley on this project and to finish it after his death? What did you most admire about him?

MM: I met William G. Hartley when I was assigned to work with him at the Joseph Smith Papers Project. We became co-editors of “Documents, Volume 1.” I remember recognizing his strength as a scholar, but then watching him walk out of the Church History Library and approach several homeless people. He sat and spoke with each of them, interested in their lives and their plight in life. Before leaving he took all of the money out of his wallet and distributed it amongst them. That’s just the type of guy Bill was.

TT: What insights or new information can readers glean from church history by reading this book?

MM: This is one of richest and most informative records that we have of the first 15 years of The Church of Jesus Christ of Latter-day Saints. It’s also from a Latter-day Saint insider and a confidant of Joseph Smith even before the church was ever established. He offers detailed accounts of nearly every event from New York to Ohio to Missouri to Illinois and beyond with an insider’s perspective. These records have been difficult to access before this volume and since there are several distinct renditions of the journals and histories, no one has ever brought them together into one place until now.

TT: What stands out in your mind when you think about the life of Newel Knight?

MM: What stands out in my mind about the life of Newel Knight is the conviction of the early Saints and their perseverance, but also their demand for further spiritual and ecstatic experiences.

TT: What would you like readers to know about The Rise of the Latter-day Saints?

MM: This book should be coupled with Joseph Smith’s personal journals and Lucy Mack Smith’s history as the three most important sources for all of early church history. Wilford Woodruff, William Clayton and others also wrote important journals, but none of them record the earliest restoration events before 1835 like Newel Knight did.

Lead Image: Newel Knight was a son of Joseph Knight, Sr. The Knight family was part of the Colesville Branch in New York. This photo shows an aerial view of the Knight ancestral farm in Nineveh, New York.