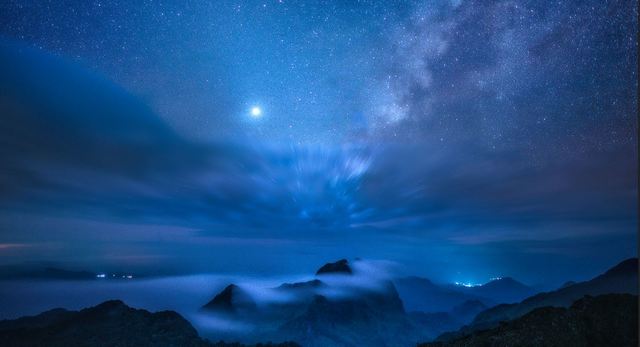 On a most significant night, a final sign was seen in the heavens by Heber C. Kimball and other individuals. They witnessed this sign at the very time that the angel Moroni turned over the plates of the Book of Mormon to the Prophet Joseph Smith—September 22, 1827. Brother Kimball tells the story.

I had retired to bed, when John P. Greene, who was living within a hundred steps of my house, came and [woke] me up, calling upon me to come out and behold the scenery in the heavens. I woke up and called my wife and Sister Fanny Young (sister to Brigham Young), who was living with us, and we went out-of-doors.

It was one of the most beautiful starlight nights, so clear that we could see to pick up a pin. We looked to the eastern horizon, and beheld a white smoke arise toward the heavens; as it ascended it formed itself into a belt, and made a noise like the sound of a mighty wind, and continued southwest, forming a regular bow dipping in the western horizon. After the bow had formed, it began to widen out and grow clear and transparent, of a bluish cast; it grew wide enough to contain twelve men abreast.

In this bow an army moved, commencing from the east and marching to the west; they continued marching until they reached the western horizon. They moved in platoons, and walked so close that the rear ranks trod in the steps of their file leaders, until the whole bow was literally crowded with soldiers. We could distinctly see the muskets, bayonets and knapsacks of the men, who wore caps and feathers like those used by the American soldiers in the last war with Britain; and also saw their officers with their swords and equipage, and the clashing and jingling of their implements of war [was heard], and [we] could discover the forms and features of the men. The most profound order existed throughout the entire army; when the foremost man stepped, every man stepped at the same time; I could hear the steps. When the front rank reached the western horizon a battle ensued, as we could distinctly hear the report of arms and the rush.

No man could judge of my feelings when I beheld that army of men, as plainly as ever I saw armies of men in the flesh; it seemed as though every hair of my head was alive. This scenery we gazed upon for hours, until it began to disappear.

After I became acquainted with Mormonism, I learned that this took place the same evening that Joseph Smith received the records of the Book of Mormon from the angel Moroni, who had held those records in his possession.

My wife, being frightened at what she saw, said, “Father Young, what does all this mean?”

“Why, it’s one of the signs of the coming of the Son of Man,” he replied, in a lively, pleased manner.

The next night similar scenery was beheld in the west by the neighbors, representing armies of men who were engaged in battle.1

During the early nineteenth century, Parley P. Pratt observed an unusual aerial sign that holds great significance to endowed Latter-day Saints. This future Apostle describes what he witnessed in his autobiographical writings:

I had been on a visit to a singular people called Shakers, at New Lebanon, about seven miles from my aunt Van Cott’s, and was returning that distance, on foot, on a beautiful evening of September [1830]. The sky was without a cloud; the stars shone out beautifully, and all nature seemed reposing in quiet, as I pursued my solitary way, wrapped in deep meditations on the predictions of the holy prophets; the signs of the times; the approaching advent of the Messiah to reign on the earth, and the important revelations of the Book of Mormon; my heart filled with gratitude to God that He had opened the eyes of my understanding to receive the truth, and with sorrow for the blindness of those who lightly rejected the same, when my attention was aroused by a sudden appearance of a brilliant light which shone around me, above the brightness of the sun. I cast my eyes upward to inquire from whence the light came, when I perceived a long chain of light extended in the heavens, very bright, and of a deep fiery red. It at first stood stationary in a horizontal position; at length bending in the center, the two ends approached each other with a rapid movement, so as to form an exact square. In this position it again remained stationary for some time, perhaps a minute, and then again the ends approached each other with the same rapidity, and again ceased to move, remaining stationary, for perhaps a minute, in the form of a compass; it then commenced a third movement in the same manner, and closed like the closing of a compass, the whole forming a straight line like a chain doubled. It again remained stationary for a minute, and then faded away.

I fell upon my knees in the street, and thanked the Lord for so marvelous a sign of the coming of the Son of Man.

Some persons may smile at this, and say that all these exact movements were by chance; but, for my part, I could as soon believe that the letters of the alphabet would be formed by chance, and be placed so as to spell my name, as to believe that these signs (known only to the wise) could be formed and shown forth by chance.2

Whether shown forth in the heavens above or on the earth beneath, the signs of the times are designed to reaffirm that these are the last days of decision and that future circumstances—even eternal destinies—will depend upon whether one chooses to stand with the righteous or fall with the wicked. “He that feareth me shall be looking forth for the great day of the Lord to come,” said the Savior, “even for the signs of the coming of the Son of Man” (D&C 45:39). 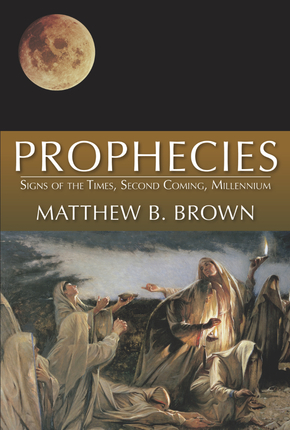