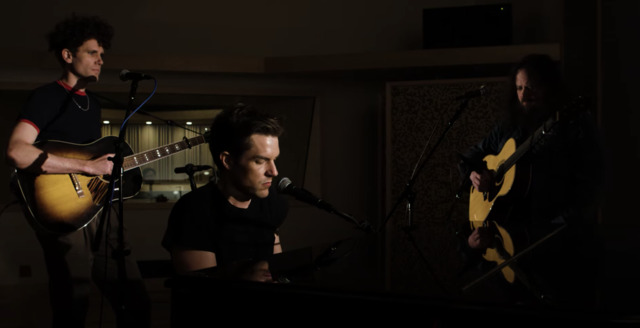 Brandon Flowers, frontman for The Killers and a member of The Church of Jesus Christ of Latter-day Saints, recently wrote some new lyrics to the song “Land of the Free” to address the death of George Floyd.

The song, which was released in 2019, was originally inspired by the Sandy Hook Elementary School shooting in 2012. Flowers wrote about his feelings after he first heard the news and shared his thoughts in a Facebook post.

“On December 14th, 2012, I woke up, unlocked my phone and, like so many others, saw the pleas to ‘Pray for Sandy Hook,'” he wrote. “The news was devastating. Heart-wrenching. A gut punch. But, sadly, not as shocking as it should have been. As a father I’ll never fully comprehend what that community and those parents went through. But my church upbringing taught me to mourn with those that mourn and I did it the best way that I knew how. I cried for those kids and teachers. I got on my knees and I prayed for those families.”

Flowers explained that if there was “a single moment that I began to assemble ‘Land of the Free,’ that was it.” Now, Flowers has changed the lyrics of the song in a new version of the single which was shared on the band's Instagram page on June 7. In it, Flowers mourns the loss of Floyd.

"How many killings must one man watch in his home till he sees the price on the tag? / Eight measured minutes and 46 seconds / Another boy in the bag / Another stain on the flag."

Later in the song, Flowers incorporates the words of a prayer to Heavenly Father.

The song has resonated with listeners on YouTube, who wrote about the power of sharing the message through music.

“When there is no hope, listen to this masterpiece,” wrote listener Bruno Wesley in the comments.

“This is my favorite Brandon Flowers song,” added fan Janet Andrea. “We need change and acceptance and love toward each other.”

Flowers currently a resides with his family in Park City, Utah. He was highlighted in 2011 during the Church’s “I’m a Mormon” campaign where he elaborates about his testimony, being a father, and his career as a rock star. The Killers had been planning on releasing their latest album, Imploding the Mirage, in May of this year, but have postponed their plans due to the pandemic and currently have no official release date set, reported Rolling Stones.

At the conclusion Flowers’ Facebook post explaining the origin of “Land of the Free,” he shared his love for country and his desire for the nation to do better than it has before.

“I love my country,” he wrote. “I know that these are complicated issues but whether you stand to the left, right, or straddle the line, you’ve gotta believe that we can do better.”