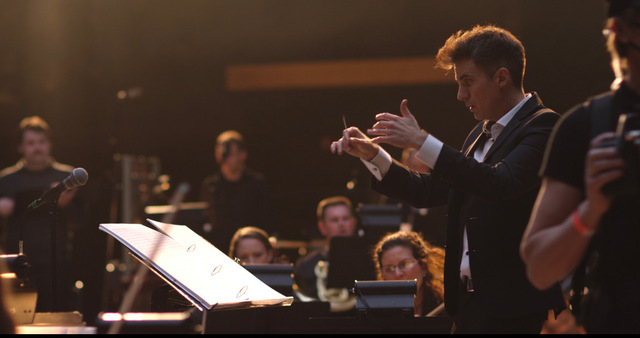 The Latter-day Saint film that could: ‘Lamb of God’ cracks Top 10 on opening night

Lamb of God appearing in theaters might not have made a ton of sense in some respects. A pandemic has caused all kinds of problems for those who work in cinema. From health precautions required on set to decreased numbers of moviegoers, creating and releasing a film may be more complicated than ever. But to Rob Gardner, the composer behind Lamb of God, it actually made more sense this Easter season than ever before.

“We’ve been toying with the idea for years, but so many groups perform it live that I was always like, ‘What are we offering in a [concert film] if people can go see it live?’ So in this year where . . . there’s not a lot of live [concerts] able to go on, it was like, ‘Well yeah, the movie finally makes sense to do as a concert,” Gardner explained in an Instagram live with LDS Living’s All In podcast last week.

Still, on Friday night there were questions about whether a film like Lamb of God could be successful in the box office. It was only debuting in 104 theaters across America, whereas Disney’s Raya and the Last Dragon was appearing in 2,163 theaters. And while the film was far from competing with the new Disney release, it broke into the box office top 10 and became the top faith film thus far in 2021, bringing in over $70,000 in just one night. By contrast, an R-rated romantic comedy that also debuted in the box office on Friday was shown in 814 theaters nationwide and brought in $88,126.

With a 100% certified fresh rating on Rotten Tomatoes, audiences are raving about Lamb of God.

“Beautiful! We took all our adult children, and everyone loved it,” one person wrote on Rotten Tomatoes. “A fantastic addition to our Easter season. All the performers were spectacular. Thank you for this gift in a year where we can’t hear the production done live.”

“This movie was a beautiful celebration of the life of Jesus Christ,” another said. “The soloists were passionate and put their heart and soul into their performances. Afterwards, I called family members and friends to let them know they should try to go.”

The good news is the film’s success has guaranteed it another week in theaters, with more screens picking up the film this coming weekend. Visit LambofGodmovie.com for ticket information.

Lamb Of GodLamb Of God,
Comments and feedback can be sent to feedback@ldsliving.com