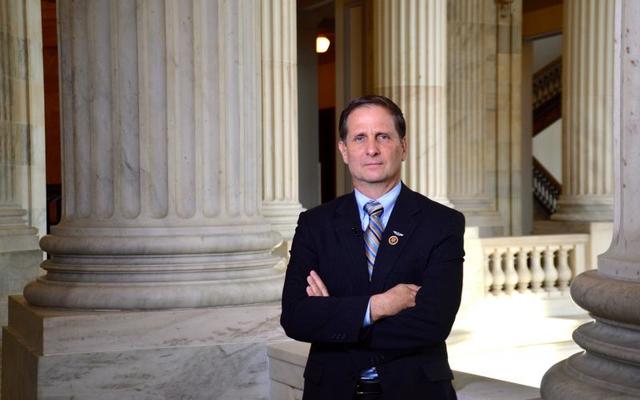 From setting three world records as an Air Force pilot to writing multiple New York Times best-sellers, U.S. Congressman Chris Stewart’s love of God and country permeates every aspect of his life. We recently talked with him to learn more about his time in the military, his new World War II novel, Winter Sky, and his family life.

You have a deep sense of duty and patriotism. Where did that come from?

My parents had a motto: Duty, honor, service to God, family, and country. I grew up in a family where we talked politics and world affairs. Even when we were very young, my siblings and I were aware of what was going on in the world.

You set three world records as an Air Force pilot, including fastest nonstop flight around the world. What led you to join the military?

My dad was an Air Force pilot, and from the time I was little I had always wanted to fly. When I was about 16, my dad told me I would be a good pilot, but I was a bit of a rebellious teenager, so because he thought it was a good idea, I, of course, thought it was a bad one. It wasn’t until my senior year at college that I decided to become a pilot.

What was the inspiration for your book 7 Miracles That Saved America?

I had a good friend who loved history. He told me a miraculous story about Abraham Lincoln that I had never heard before, even though I considered myself reasonably well read. He pulled out a high school history textbook from the 1930s and showed me the story. We used to teach these things, and we don’t anymore. I needed to write a book about some of the miraculous events in U.S. history to help people understand that God cares about our country. I asked my brother Ted to write it with me, and one day, on a McDonald’s napkin, we outlined the seven miracles we wanted to tell.

You were just elected to your third term in the House of Representatives. Why did you get involved in politics?

I was very happy with writing, and I also had my own business, but a friend called me one morning to tell me that a new district was being created in Utah and that I was in it. We decided very quickly that I wanted to run for office. Our nation has got to change some things—we’re in trouble if we don’t. I thought maybe I could help.

What’s the most challenging part of being a husband and father?

One of the great challenges I face is trying to find time with my family. We live in a busy time. Even if you’re not busy, Satan has a way of helping us fill our time.

Tell us about your new novel, Winter Sky.

It’s about a resistance fighter trapped between two opposing armies in World War II—the German army is fighting the last throws of the war, and the Russians are ready to sweep into Poland and occupy it. This young man, who has lost his memory, is trying to find his way home. It’s a compelling premise based on a compelling time in our history.

What is your favorite Book of Mormon story?

Captain Moroni and the Title of Liberty: “In memory of our God, our religion, and freedom, and our peace, our wives, and our children" (Alma 46:12). The Book of Mormon makes it clear that the spirit of God is the spirit of freedom. 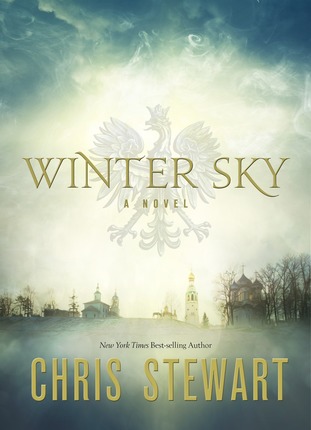 In a bombed-out Polish village during World War II, a young resistance fighter finds that he is suddenly alone and trapped between two opposing armies. He is one of Poland's "Devil's Rebels" fighting desperately to save his homeland, but an injury has erased his memory, and his only possession is a torn photograph of a couple he assumes are his parents. Caught in the crosshairs of the retreating German army and the advancing Russian forces, the village holds nothing but destruction and despair until a mysterious young woman offers a small glimmer of hope that may represent his last chance—news of a refuge train departing from a nearby town headed for American installations at the border. But complications arise when the resistance fighter is betrayed by his own countryman and hunted by German SS Officers who are determined to kill him before they retreat. Desperately searching for a home and family he can't remember, he is persuaded to rescue two children who are doomed to die without his help.

As time runs out, the former rebel is faced with an impossible choice. Standing at the crossroads of saving himself or risking his life for strangers, what would motivate a young man at the brink of salvation to make one more sacrifice? 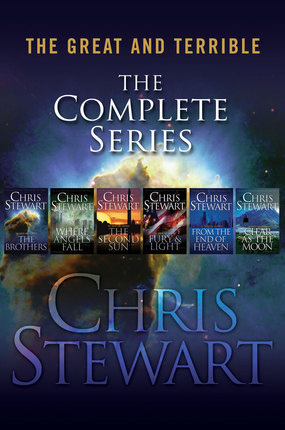 This thrilling series by national best-selling author Chris Stewart takes us from the beginning of time to the final hours of the last days. Filled with rumors of wars and political intrigues, deadly epidemics and economic disasters, uplifting twists and inspiring miracles, the volumes in The Great and Terrible series reveal the greatest secret of all: The children of God can defeat the adversary, for we have fought him before. The complete six-volume bundle is available in eBook and audiobook. Or enjoy each volume in paperback.