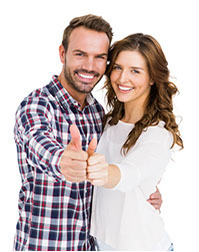 Studies on obesity and religious practice (including a BYU study) have shown that Utah members of the LDS Church are 34% more likely to be overweight than members of other religions. (1)

Nearly 60% of LDS Adults are Overweight?

This LDS obesity epidemic is graphically evident when you visit various Utah LDS wards you might observe that 60%+ of adults over 35 years of age are overweight and nearly 35% of LDS youth tip the scales (consistent with USA population obesity rates).

Why is this the case when Mormon’s have and subscribe to a very specific health code that should lead to lean, healthy bodies?

One Christian religion comparable to the LDS Church in membership size, annual growth and a similar health code is the Seventh Day Adventists (SDA). According to studies SDA’s have the lowest number of overweight members—almost half the rate of LDS members. (2)

The SDA church is heavily invested in health and well-being research through its highly respected 100 year-old Loma Linda University School of Medicine. Research on its health code, scientific findings that enlarge the understanding of its code, and specific diet and lifestyle recommendations are disseminated to SDA membership through specific diet and health programs. This educates the membership on how their bodies work and helps them understand the relationship and consequences of specific foods and exercise on health, vitality, and spirituality.

The SDA focus on diet as an integral and active part of its religious practice is so dominant that an entire missionary ministry is built around it. When SDA missionaries go throughout the world they teach these specific health practices and programs as a core element of their religious message to “continue the healing and teaching ministry of Jesus Christ to make man whole.” (3)

The LDS obesity epidemic is not because a specific Word of Wisdom-based nutrition and weight loss program is not available.

It is. It had its origins at the highly acclaimed BYU Human Performance Research Laboratory, it’s based on over 30 years of dietary, brain/metabolism and self-motivational research and it’s called “The Neuropsychology of Weight Control.” Dr. Fisher’s initial research was originally introduced to the LDS population in the Ensign Magazine in 1983 entitled ”The Weight Loss Battle: Helping Your Body Win” (4)

Even though this program has been adopted by over 1.3 million non-LDS people throughout the world, little about it is known to the LDS population in general.

“The Neuropsychology of Weight Control” course had its origins at Dr. Garth Fisher’s world-renown BYU laboratory in the mid-1980’s. Fisher studied over 400 severely overweight people who lived in Utah county, the county where BYU is located.

Why Mormon’s Are Overweight

In his study, Dr. Fisher learned that most of the overweight subjects got that way through years of eating refined carbohydrates (sugar and flour-based foods) and excess animal fat followed by a series of yo-yo, merry-go-round, low-calorie, near-starvation diets.

If Sugar, White Flour, and Saturated Fat are Poison to the Body, Can Wholesome Food Be Healing Medicine?

Dr. Fisher had a brainstorm.  He wondered what would happen if he fed his chronically overweight LDS research subjects large amounts of specific, wholesome, healthy, and nutritious food.

If sugar, flour, and fat-rich foods were poison to the body, he thought, could natural, nutritious food be medicine to heal it?

When Dr. Fisher suggested this to his subjects they were skeptical and fearful—thinking if they started eating large amounts of food they would only get fatter.

Develops Specific Plan to Eat, Lose Weight and Be Lean & Health for Life

Dr. Fisher then mapped out a list of healing foods, a variety of menus with recipes and even shopping lists to start his subjects on a new way of thinking, eating and living.

What Happened Next was Almost Counterintuitive and Almost Unbelievable.

Within a few weeks of wholesome and plenteous eating of deliciously prepared complex carbohydrates, moderate levels of fat and healthy amounts of plant protein, the fat began to melt away from Dr. Fisher's subjects.

So much so that many thought something was wrong with them or perhaps they had a tapeworm.

His subjects began to lose 1.5 to 2 pounds a week and continued to lose for weeks and months until they achieved their natural levels of leanness.

People who were 30, 60, 100 to 200 pounds overweight became lean and healthy—simply by eating and not dieting. And, unlike the rebound effect in dieting, they permanently kept the weight off.

Dramatic Weight Loss Only One of Many Benefits

In addition to losing weight, Dr. Fisher reported his subjects were successful in other ways too. They felt infinitely more attractive. Depression, anxiety, shyness, and low self-esteem virtually disappeared and they found they could relate to other people with new found confidence and skill.

They also reported they were healthier, had more stamina, and had more drive to meet some of the important goals in their lives. They were ill less often and saw headaches, back aches, and mysterious pains (inflammation), virtually disappear along with their weight.

In another study, Dr. Kurt A. Luedtky, a neuropsychologist, applied Fisher’s research to 600 U.S. Army personnel who were about to be discharged for being overweight.

Dr. Luedtky had himself lost 35 pounds on Fisher’s “The Neuropsychology of Weight Control” by eating, not dieting. At the end of three months of unlimited eating of the deliciously healthy food recommended by the program, all 600 achieved their goal weights (average weight loss of 35 pounds/15% loss of body fat) within two months.

For his work, Dr. Luedtky was awarded the Army's Commendation Medal for Meritorious Service.

A documentary, A Fat-Free Future that detailed the success of Dr. Fisher’s program was broadcast nationally in the late 1980’s.

As a result “The Neuropsychology of Weight Control” became a world-wide success selling over 1.3 million programs. Shortly, tens of thousands of dramatic testimonials begin to emerge and were reported. (To read some of the inspiring testimonials CLICK HERE) (www.GetLeanNow.info/lds3/)

In an effort to make the program even better, Dr. Fisher wanted to study those people who succeeded on the program to learn how they applied the principles of "The Neuropsychology of Weight Control."

So, he and his collaborators went back to the 1.2 million buyers, surveyed and interviewed thousands. Soon a profile of significant and lasting weight loss emerged.

And that new knowledge was applied to “The New Neuropsychology of Weight Control” which was recently published and is available at getleannow.info./lds3/

Steve DeVore, “The New Neuropsychology of Weight Control” co-author with Dr. Fisher and a convert to the Church, believes their program bridges the gap between the general dietary and health “recommendations” outlined in the Word of Wisdom and a very specific and detailed dietary and weight loss plan whose research, in an effort to understand and help solve the Mormon obesity epidemic, was inspired by the Word of Wisdom.

“With the scientific knowledge we now have of how the body works,” states DeVore, “and the specific recommendations and plan for eating and living healthy, there’s no reason why the LDS population shouldn’t be the leanest and healthiest in the world. We just need to put into practice the knowledge we have.”

DeVore believes Dr. Fisher’s program is the missing link that brings research, detail, organization and an easy-to-follow plan to the Word of Wisdom’s dietary recommendations.

“By implementing his program.” concludes DeVore, ”we’ll not only shed the excess body fat that has been holding us back for year—and keep it off for good—but we’ll be able to curb the tide of the Mormon obesity epidemic.”

Note: To get more information about “The New Neuropsychology of Weight Control” course go to http://www.getleannow.info./lds3/. LDS Living readers receive a 50% discount.

* To show how inspired Joseph Smith was regarding the Word of Wisdom, it was revealed to him that we should avoid “hot” drinks. Many have interpreted that to mean coffee and tea, yet, in 2015 “The International Agency for Research on Cancer” (IARC) has classified drinking “hot beverages” as a probable cause of mouth, throat, and esophageal cancer. “Hot beverages” refer to drinks hotter than 65 degrees Celsius, which translates to about 149 degrees Fahrenheit. This is a wonderful example of how prophetic revelation and complementary scientific discovery similar to what can be found in “The New Neuropsychology of Weight Control” can be combined to provide specific understanding and solutions to health and everyday problems and opportunities.

“The Risk of Overweight and Obesity Among Latter-Day Saints” https://www.jstor.org/stable/41940819?seq=1#page_scan_tab_contents

(2) “Prevalence of Overweight and Obesity Among Seventh-day Adventists” (https://www.ncbi.nlm.nih.gov/pubmed/19537219)