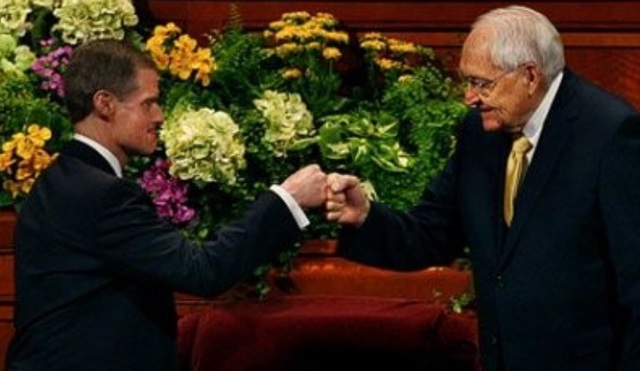 Another conference has come and gone, but we wanted to take a moment to relive this epic weekend and remember the insights, the excitement, and the surprises this conference held. Here are the best social media reactions of conference from the weekend.

Hands down the best “How I #ldsconf” pic.twitter.com/Bni3zRJ7S1

Non-Mormon followers, this weekend is conference, our Super Bowl and Christmas rolled into one. I apologize for all the tweets. #LDSconf— Daniel Yesilonis (@danielallan224) September 30, 2017

Say NO to the pride, foolishness and selfishness of the World #LDSconfpic.twitter.com/m6Y13QSJdn— Jennifer Deon 🔅 (@JenGresham1) September 30, 2017

Me: Leave me alone, I'm trying to live tweet #LDSconf#SisterOscarson: Put down your phone and serve those around you

When Elder Holland is announced as the concluding speaker of this #LDSconf session: pic.twitter.com/YfQccghBSR— Ask Mormon Guy (@AskMormonGuy) September 30, 2017

🎶 If the Savior stood beside me, would I tweet the things I tweet 🎶 #LDSconf— LDS Stake Clerk (@LDSStakeClerk) October 1, 2017

15 Stunning Images of Christ Perfect for Any LDS Home + 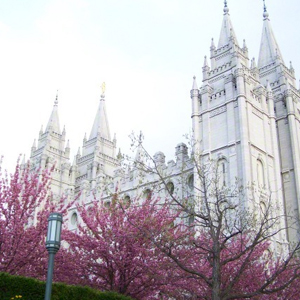 Although the October 2017 general conference has concluded, we still remember the feelings and impressions we felt this weekend. To help remind you of the amazing messages each speaker shared this conference, here's one inspiring quote from each talk.

You May Have Missed 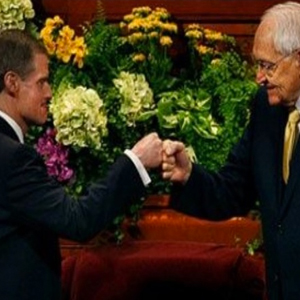 Another conference has come and gone, but we wanted to take a moment to relive this epic weekend and remember the insights, the excitement, and the surprises this conference held. 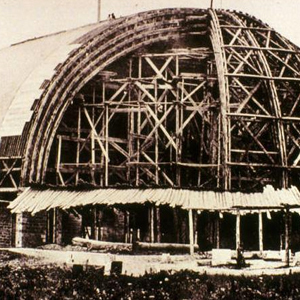 We wanted to reshare this article in celebration of the 150th anniversary of the first time the Salt Lake Tabernacle was used for general conference! Find out which unusual facts you might not have known about this beloved Temple Square building. 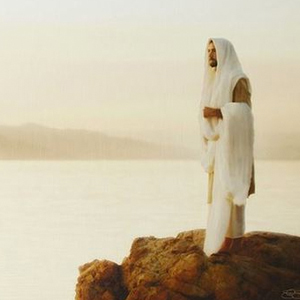 15 Stunning Images of Christ Perfect for Any LDS Home

As faithful members of the Church, we strive to maintain the spirit of Christ in our homes. Here are 15 of our favorite Christ-centered pieces of artwork that will beautify your home and invite the reverent spirit of the Savior.

We gotta get #ElderChristofferson a nick name. His name be killin' my twitter character limit. #LDSconf

#LDSconf is the only time Mormons start meetings on time— sierra (@sierrastudies) September 30, 2017

I believe toddlers are the real reason #ldsconf is put online & printed in the ensign. #notsureiveheardmuch#momlife

#ElderOwen is LITERALLY talking to @BYU fans right now. If you don't win the game, you can still win life. #LDSconfpic.twitter.com/h4XhdhqRJ5— Sistas in Zion (@SISTASinZION) September 30, 2017

Conference “I want to speak to those who feel as if they are not winning in life.”
Me and @gabbyheroux in unison “TURN IT UP”— Candace Brock (@candyjo840) September 30, 2017

Me considering the lilies #ldsconfpic.twitter.com/HcRI6t3Pea— Things Mormons Like (@TheMormonLikes) October 1, 2017

Yellow angels have actually been our mascot for a while #ldsconfpic.twitter.com/C0XJYGr7rr

Tad R. Callister after his talk. #ldsconf#HowAwesomeWasThatpic.twitter.com/BP4G4blVEr— The Book of Mormon (@BookMormon2day) October 1, 2017

Every critic after Elder Callister speaks about the origins of the Book of Mormon: pic.twitter.com/clzWhdZjDo— Hank R. Smith, PhD (@hankrsmith) October 1, 2017