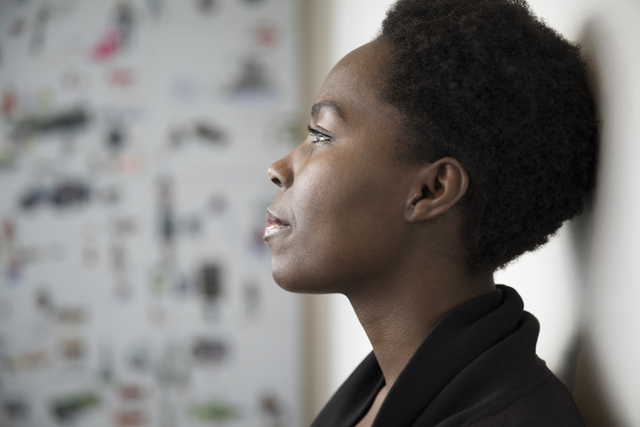 The Myth of Unacceptable vs. Acceptable Sins No Latter-day Saint Should Believe

This is an excerpt from the book Falling to Heaven: The Surprising Path to Happiness, by James L. Ferrell.

A decade or so ago, needing to leave a family reunion a day early to get home for work, I hopped a ride with a cousin, her friend, and one of my brothers-in-law. I was significantly older than the rest and, theoretically at least, the most responsible.

Just fifteen miles from my home, the car began to cough and sputter, and then it quickly died. We coasted to the side of the freeway, out of gas. The next exit was a mile ahead. We were discussing who might go look for a gas station when a passing car slowed and pulled to the shoulder fifty yards in front of us. I remember looking at the car and thinking that it was in worse shape than ours. The rattling car backed up a bit and stopped. Then all four doors opened simultaneously.

Sometimes memory can play tricks on you. I remember returning to the home of my youth, for example, and finding it and the yard much smaller than I had remembered. The epic battles that we had waged in the backyard just couldn’t have happened on that small plot of ground. But they had—perhaps a little less heroically than I had remembered. My memory of those climbing from the car in front of us may be of this sort—part what really happened mixed with what my mind has dreamed up over the years. In any case, here is what I remember: Four teenagers emerged from the car, each of them dressed in black. One of them had a green mohawk that stood eight inches tall. Another had a nose ring. All of them were accessorized with an ample number of chains.

They walked toward us, and I remember thinking, We’re going to DIE. The four of us climbed out of our car to meet them. As they strode up to us, one of them asked, “You having some trouble?”

“It looks like we’re out of gas,” one of us responded.

To which one of them said, “We can take one of you for some gas.”

Silence. The oldest of our group (me) looked down at his feet. Someone might die today, I thought to myself, but it isn’t going to be me. As I still gazed at the ground, I heard my brother-in-law say, “I can come with you.” A moment or two later I lifted my head to see him trudging off with the leather posse.

Fifteen minutes later, this group of teenagers dropped him off at our car with a container full of gas. Wishing us well, they waved good-bye and continued on their way.

I have reflected on this experience many times over the years. Here was this group of young people doing for me what I, honestly, had never done for another. How many broken-down cars have I passed and not helped—even when safety would not have been a worry? Even worse, how many have I passed and not even noticed? And yet there I was passing judgment on those who were putting themselves out to help me.

And on what grounds?

I was looking down at a teenage boy because he had green hair, and at the others because of their love of chains. Somehow I felt that my clean-shaven face and closely cropped hair made me the better. But I was not “looking at the heart of man,” as we are told the Lord does.1 It might be true that I looked more like our modern-day prophets have taught us to look. But I somehow had drawn a conclusion from this that the same prophets had never themselves drawn—that such obedience justifies my thinking that I am better than others. The irony, of course, is that the disciples that day on the highway were dressed in black and sported chains. Who was closer to God—the man with the missionary haircut who was feeling superior or the teenager with the spiky hair who was loving his neighbor? That day, those young people worried me. Today, I pray to God that I can learn to have the kind of charity that they exhibited toward me.

The Myth of Socially Acceptable and Unacceptable Sins

I shared this story in a fireside a few years ago, talking about what I hoped I had learned from that and other experiences—about not to judge, for example, and about extending mercy to our fellow man. Afterward, a woman came up and thanked me for my remarks. She said that she hoped I could help her with something. I smiled and mumbled some kind of trite reply. And then she explained that she was worrying over an upcoming family reunion of her own. I could tell by her tone and facial expressions that she was really weighed down about something. “You see,” she said, “my sister is a lesbian.” She paused for a moment before continuing. “What do you think?” she asked earnestly. “Do you think we should allow her to come?” My heart broke at the question.

This good sister, like me that day on the highway, was suffering from what I sometimes call “the myth of socially acceptable and unacceptable sins.” There seems to be a social pact of sorts—a collective judgment—that certain kinds of behaviors are so reprehensible or else so rebellious that we are released from the obligation to love those who struggle with them. In these moments, without realizing it, we have made socially acceptable our own breaking of the second great commandment. In our piety, we have ascended our own Rameumptoms and have cast others out of the synagogue.

A good friend, after being called as a stake president, placed ashtrays at the entrances of the buildings in his stake. “No one,” he announced in stake conference, “should feel unwelcome at church because they smoke. After all, each of us is struggling with something, and we are still welcome here. Why should those who still struggle with smoking not be able to share the pews with those of us who are still struggling in other ways?” And with that, this good stake president invited the members of his stake to leave their personal Rameumptoms at home—or, better yet, to dismantle them altogether.

As I understand the gospel, there is no room for superiority or self-importance in it. “Boasting,” Paul said, “is excluded” by the singular and universal truth that all of us are guilty as transgressors, just as James said, and that our guilt separates each of us from God.2If we remember James’s lesson to us, then we will remember that one transgression subjects us to the full damning weight of justice. “If ye have respect to persons,” James wrote, “ye commit sin, and are [convicted] of the law as transgressors.”3 Why should I give my own sins more respect than another’s? I shouldn’t. And to do so turns the judgment upon myself, as James goes on to explain: “For he shall have judgment without mercy, that hath shewed no mercy.”4

On one occasion, as Jesus dined in a certain house, “many publicans and sinners came and sat down with him and his disciples. And when the Pharisees saw it, they said unto his disciples, Why eateth your Master with publicans and sinners? But when Jesus heard that, he said unto them, They that be whole need not a physician, but they that are sick. But go ye and learn what that meaneth.”5 I marvel at that last line—“But go ye and learn what that meaneth.” In other words, he is saying that his words were not merely about those they appeared to be about. He was inviting the Pharisees to go away and reflect both upon his words and upon their own lives, and to discover that they themselves were among the sick who needed the physician! They were focusing merely on the thin outer layer of the gospel and were giving themselves a pass at the deeper level—the level of their hearts. Go ye and learn, Jesus was saying, that you need me as much as any.

When we shun others because of their particular struggles, we begin to live a wicked lie: We are saying that our own sins are more acceptable than others’, and we are therefore implying that they need the Lord’s Atonement more than we ourselves do. In these moments, we have joined the Pharisees in questioning why Jesus spent so much time among the “sinners.” And to us, too, Jesus is saying, “Go thee, and learn what it meaneth that the whole need not a physician, but they that are sick.”

This sin of being a respecter of persons shows itself in many forms. We have looked at two versions in this chapter—the sin of being a respecter of persons based on others’ appearance or status, and the sin of being a respecter of persons in terms of sins we accept (our own) and those that we don’t. Yet another version of this sin is responsible for much of the tyranny among mankind since the beginning of time. It is the idea that some groups of people are superior to other groups of people—based on their race, for example, or their religion, or their class, or their gender. The notion of such spiritual exceptionalism, which we will explore in the next two chapters, was the creed of the Zoramites. It is our own creed as well whenever and wherever we regard some groups among the fallen children of God as being inherently better (or worse) than others. 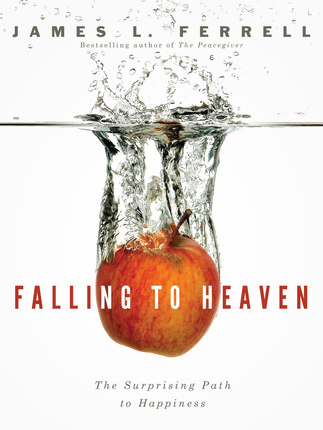 "When we are struggling, where is happiness actually to be found? What I have learned in response to this question has been one of the biggest surprises of my life." — James L. Ferrell

As incredible as it may sound, much of the sadness and frustration we feel in mortality is actually created by our well-meaning efforts to find happiness. Relief from this predicament can be found through a divine gospel paradox that rescues us from failed roads and puts us on the surprising path to happiness.

Through engaging stories and fresh, invigorating gospel insights, James Ferrell has written a book that challenges our unquestioned and perhaps mistaken assumptions about many of life's fundamental concerns. For example, what if happiness depends less on forgiving ourselves than on giving up that quest? What if repentance is even sweeter than forgiveness? What if neither happiness nor heaven can be reached by climbing?