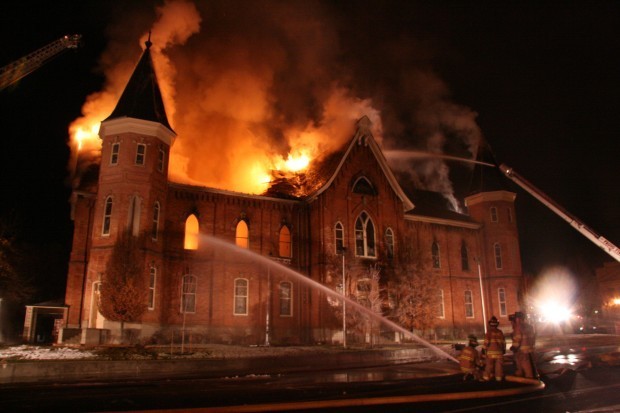 A group of about 20 people met frequently the first few months after the fire to determine if the building should be rebuilt as a tabernacle, torn down and replaced by something new, or maybe transformed as a temple, Utt said.

They submitted those ideas to the First Presidency of the LDS Church.

"Only 15 people in the whole church knew it would be a temple before it was announced," Utt said.

On the miraculous side, "the fire burned in such a way we could pull up detailed information in a grid formation that could help us reconstruct the building the exact way it was," Utt said. "Everything is being done to international standards and higher.

"It's incredible how this (project) team got together. This team is phenomenal. The process is incredibly collaborative."