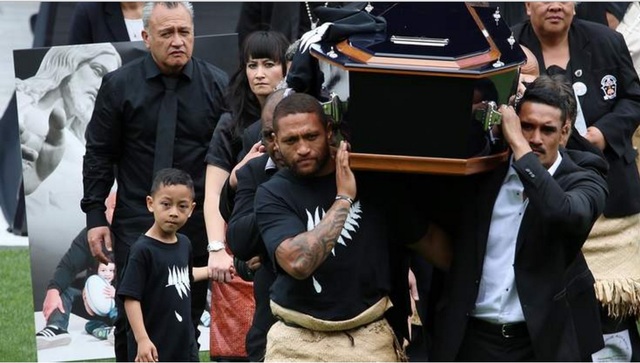 Latter-day Saint and legendary rugby player Jonah Lomu died recently at the age of 40 after a lengthy battle with nephrotic syndrome. Famous athletes as well as other notable celebrities from around the world have joined in expressing their condolences.

Rugby legend Jonah Lomu has been laid to rest at a private funeral in his hometown in New Zealand.

The Mormon ceremony took place at the Church of Jesus Christ of Latter-day Saints in Mangere, the south Auckland suburb where Lomu grew up.

His wife Nadene, flanked by sons Brayley, six, and Dhyreille, five, addressed mourners from an altar that was surrounded by pale roses.

Read the rest of this story at news.sky.com