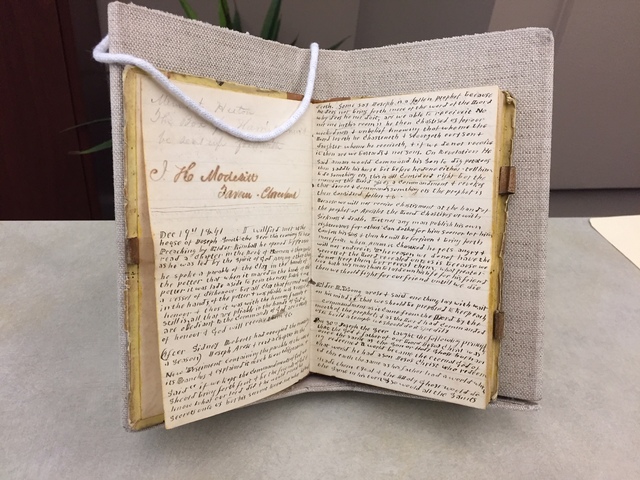 On March 17, 1842, 20 women, ranging from teenagers to widows, and Joseph Smith gathered together on the second floor of a newly opened general store. They met with the intent to establish a women’s organization that would, among other things, look after the poor and teach moral reform. It was on that second floor where the Female Relief Society of Nauvoo began. That room in the Red Brick Store was also home to the newly created Nauvoo Masonic lodge and was where the first members of the Church received their endowment. From these events alone, this small, brick store serves as an important landmark in Latter-day Saint history.

The plans and opening of that store, and a number of other early Saint experiences, are featured in the newest edition of the Joseph Smith Papers series, Documents, Volume 9: December 1841-April 1842. Although the volume covers only five months, this newest release does not lack crucial content, as over a hundred documents offer insights into some of Nauvoo’s most important events, including historic editions of the Times and Seasons newspaper.

Starting in late 1839, the Times and Seasons was a Church-printed paper that acted as the primary source of news for Nauvoo residents. In January 1842, the paper’s deed and printing press were handed over to President Joseph Smith and he began serving as the editor-in-chief. Under Smith’s early direction, the Times and Seasons published a number of important documents, including the first portions of the Book of Abraham. Up until the paper’s release, information about what was on the papyri purchased and translated by Smith had not yet been publicly shared. The monumental Times and Seasons' publication of the Book of Abraham can be seen in Documents, Volume 9.

Also present in the volume is the information shared in the “Wentworth Letter.”

John Wentworth, a newspaper editor in Chicago, asked Smith for a brief summary of the history of the Church. In response, Smith wrote an account of the First Vision, a retelling of the Saints history in Nauvoo, and a list of 13 pointed beliefs—what we know today as The Articles of Faith. Titled “Church History” by the Times and Seasons, the original document is shared in Documents, Volume 9.

Of the featured piece, volume editor Christian Heimburger said, “Joseph had previously published manuscripts that chronicle the history of the Church, but this is really the first time that he publishes this information in his own words for Church members to read. We think that’s a pretty exciting document.” 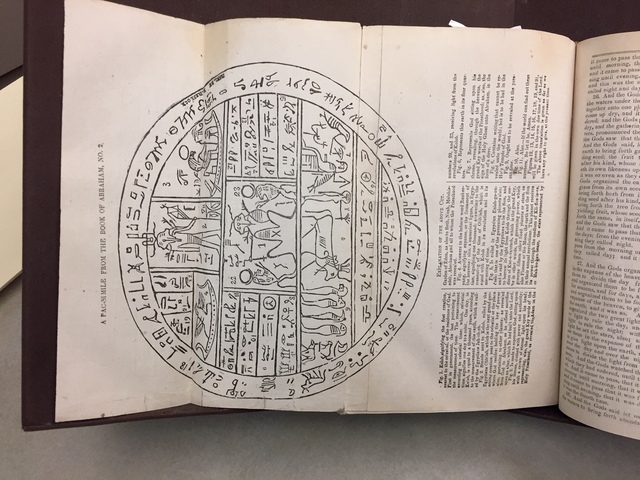 The March 1, 1842 issue of The Times and Seasons that first featured the contents of the Book of Abraham.

The documents included in Documents, Volume 9 are:

Lead image features notes written by Wilford Woodruff. This notebook is one of a hundred documents shared in Documents, Volume 9. 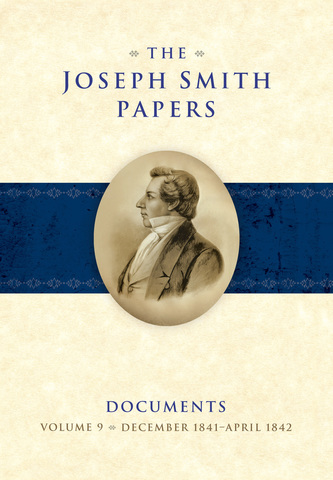 The winter months of 1841-1842 were busy ones for Joseph Smith and other Latter-day Saints in the young city of Nauvoo, Illinois. Between December and April, Smith opened a new mercantile store for business, was elected vice mayor of the city, took over editorship of the Times and Seasons newspaper, became a Freemason, and helped create the Female Relief Society of Nauvoo. He also continued to command the city's militia, sell land to immigrating Saints, and lead the church.

The rich detail about Joseph Smith and church history captured in Documents, Volume 9 is possible because of a burgeoning of records created during the final years of the prophet's life. New municipal religious organizations, together with converts and religious organizations, together with converts arriving at the church's gathering place by the thousands, helped generate a wealth of correspondence, deeds, sermon accounts, meeting minutes, journals, and other documents. Consequently, a more complete view of Smith's daily activities is available for this span of months than for any earlier period of his life.