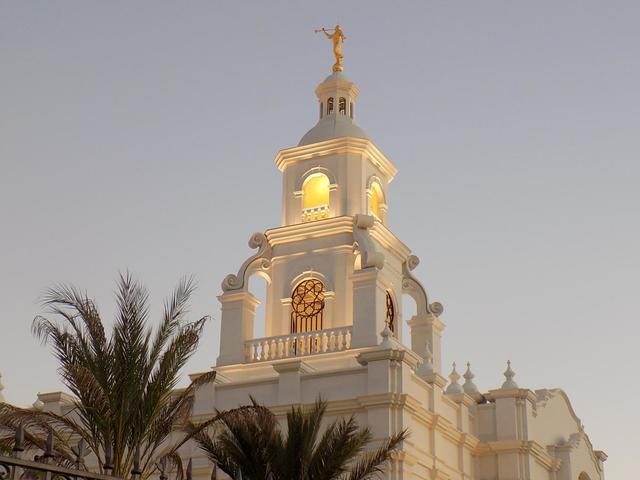 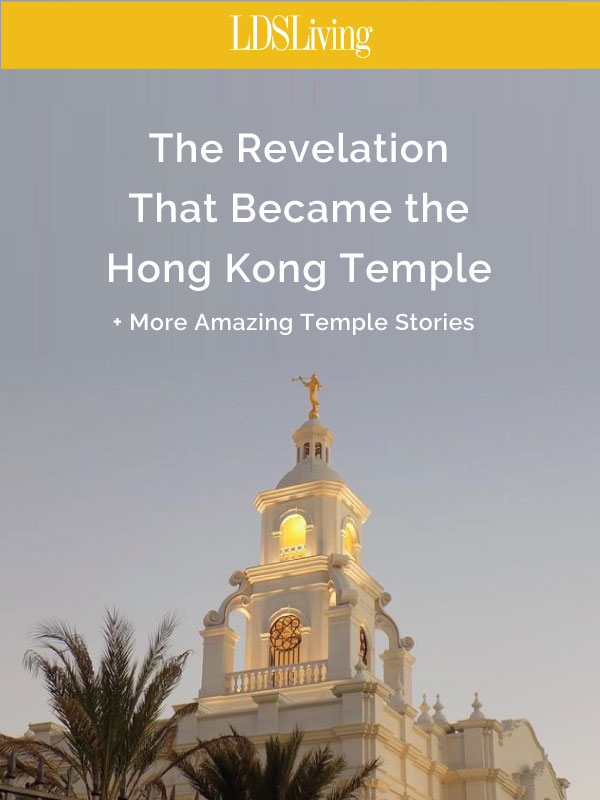 This year marks a joyous milestone in temple history with the dedication of the Provo City Center Temple as the 150th LDS temple on the earth today. In celebration, here are three additional fascinating stories, along with several little-known facts, about these beautiful and holy structures.

With 108 mature palms, 292 trees, over 14,000 shrubs and perennials, and two stunning water features, the Tijuana Mexico Temple grounds have become a standout landmark in the region. “There is nothing remotely close to this in Tijuana,” explained landscape project manager Perry Brätt. “All of the plant stock originated within Mexico, so the largest challenge was simply finding the required vegetation. We had to travel as far away as Mexico City (nearly 2,000 miles). We often traveled two to three days with fully-loaded and refrigerated semi-trailers. . . . People did not mind selling us their trees, but it was quite a challenge to locate healthy trees that were all the same height and size. Our goal was to find trees that would look unified once they were planted.” The plants were eventually obtained and now greet temple patrons with a stunning native landscape.

2. Hong Kong China Temple: Designed by Revelation in the Middle of the Night

When President Hinckley traveled to Hong Kong in 1992 to consider potential temple sites, he felt unsatisfied with all of them. “We looked at one after another after another. I became very discouraged,” he later said. “The sites were so tiny in some respects and the cost of real estate is so high— many millions of dollars for a little piece of ground.”

One night, he retired with no clear understanding of how he should proceed on his assignment to find a temple location, but in the middle of the night he awoke with an impression. “Something very interesting came into my mind,” he recorded, “I did not hear a voice with my natural ears, But into my mind there came the voice of the Spirit. It said, ‘Why are you worried about this? You have a wonderful piece of property where the mission home and small chapel stand. They are in the very heart of Kowloon, in the location with the best transportation. . . . Build a building of [several] stories. It can include a chapel and classrooms on the first two floors and a temple on the top two or three floors.’ . . . I relaxed and went back to sleep.”

“To me it was inspiration,” President Hinckley continued. “I drew [the temple] out, and I still have the little drawing that I made . . . in my journal. [This drawing] is essentially the plan which we had for this temple.”

During most of the two-year construction process of the Phoenix Arizona Temple, wards were given the opportunity to provide treats and snacks for the workers (about 200 each time). Each treat included a spiritual thought, inspirational quote, or “thank you.” This wonderful tradition was greatly appreciated and provided an opportunity for wards to be involved with “their” temple. Temple special project missionary Elder Don Lamb always enjoyed delivering the treats to the workers. He recalled, “As we approached the workers with the treats, the workers would often shout out ‘Cookie Day!’ It was not just about the cookie, it was just as much about the note that came with each treat. The workers would often take the notes home and share them with their families.”

Chad S. Hawkins is a well-known temple artist and historian whose career has taken him to six continents and over 100 temple locations. Chad’s artwork has been selected and placed within the cornerstones of 16 different temples. Learn more about him at chadhawkins.com, and find more incredible facts and stories about all 150 temples in his new book, Temples of the New Millenium. Available now at in store at Deseret Book or at deseretbook.com. You can also check out the March/April 2016 issue of LDS Living Magzine for more.