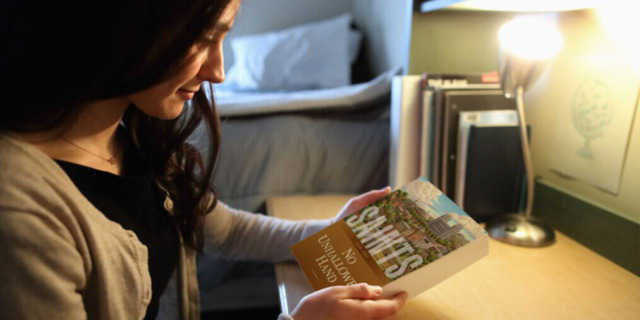 The Salt Lake Temple Dedication, Polygamy, and the Mountain Meadows Massacre: How “Saints, Volume 2” Deepened My Understanding of These Historic Events

Unlike Volume 1 where most of the stories were familiar, I found many new stories in Volume 2 that were not as well known to me. I will share just three.

Volume 1 ended with the dedication of the Nauvoo Temple. Volume 2 ends at the dedication of the Salt Lake Temple. The 50-year journey of the building of this wonderful edifice to the Lord and the sacrifice of the people is incredible to read about. “The day before the first dedicatory session, Church leaders gave a tour of the temple to local and national reporters as well as dignitaries who were not members of the Church” (page 661). “Even the Church’s staunchest critics were amazed” (page 662). I didn’t know that over 80,000 people were able to attend the many sessions of the dedication (page 674). President Woodruff saw himself in vision dedicating a magnificent temple in the mountains of the West as a young man, and his vision was realized (page 664). This is a sweet conclusion to the book.

One of the more controversial subjects in our history is the tragedy of the “Mountain Meadows Massacre” as it came to be called. This subject has intrigued me for years. I visited the site in Southern Utah and read a book to help me understand what exactly happened there. Volume 2 devotes more than one chapter to this issue. I read, then re-read the information. I looked at nearly 100 of the notes which provide the details and sources that historians used to write the information. I opened the electronic links and was thrilled that I could sit in the comfort of my home with my laptop and read first-hand accounts of what happened. There are letters written to and from Brigham Young. There are transcriptions of court proceedings. There are newspaper articles from that time, not all complementary to the Church. I found one source of a new book that goes into considerable detail which I have purchased and am looking forward to reading as I search deeper. I appreciate the Church being open and honest about the less than honorable actions of Church leaders who, in my view, reacted emotionally. The situation is very complicated with the Utah War going on at the same time and the seemingly threatening actions of the Arkansas immigrants as they passed through Southern Utah. I thank the Saints writers for helping me learn.

► You may also like: 4 Reasons Every Latter-day Saint Should Read the Church's Newly Released History

The subject of polygamy is another controversial one. Again, the volume shares details that I didn’t know such as Wilford Woodruff’s journey to come the point of his revelation called the Manifesto ending the practice of polygamy. The Manifesto was accepted by the Church in October of 1890. However, as early as 1889, President Woodruff began talking about the end of polygamy, even to the surprise and struggle of members of the Quorum of the Twelve Apostles. Apparently, President Woodruff and one of the Apostles, George Q. Cannon, met with a stake president in Salt Lake City who asked if he should issue temple recommends to members of the Church who wanted to practice polygamy. Woodruff reminded the men in the meeting that the Church had been commanded to build a temple in Jackson County, Missouri, but had to abandon their plan because the opposition became too great. He said the consequences of practicing polygamy were similar and stated, “I feel that it is not proper for any marriages of this kind to be performed in this territory at the present time.”  Apostle Cannon later recorded in his journal that this “is the first time that anything of this kind has ever been uttered, to my knowledge, by one holding the keys.”  He was dumfounded (pages 580-581). Later when the Manifesto was read during General Conference and a vote taken to accept it, B.H. Roberts of the Quorum of the Seventy said that listening to it was one of the most difficult moments of his life and “he could not raise his hand to support the statement” (pages 610-611). These were all new details to me.

I appreciate that the “Notes on the Sources” says (page 676), how the information is “based on what we know now and understand at the present time from existing historical records.”  They go on to say, “It is probable that the discovery of more sources … will in time yield other meanings, interpretations, and other possible points of view.”  I find it incredible that the historians checked each sentence repeatedly for consistency (page 676). I can’t imagine how long it took to write this book with 675 pages of dialogue and facts, not to mention 135 pages of sources cited. The “Acknowledgements” section notes hundreds of scholars who worked on the project. Other resources continue to add depth to my understanding such as the weekly podcasts on the Latter-Day Saints Channel. I thank Church leaders, historians, and everyone associated with this project. As Church members in this age of technology when some tell stories of our past in a twisted way, the blessing of knowing our history as set forth in the Saints project is essential and appreciated.

Saints, Vol. 2: No Unhallowed Hand covers Church history from 1846 through 1893. Volume 2 narrates the Saints’ expulsion from Nauvoo, their challenges in gathering to the western United States and their efforts to settle Utah's Wasatch Front. Available Wednesday, February 12, 2020.