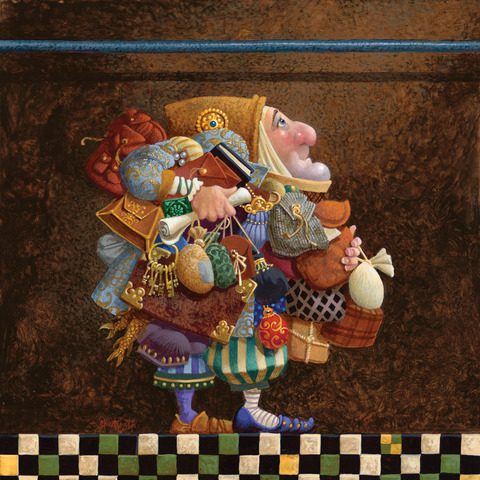 The Spiritual Themes in the Art of James C. Christensen

Beloved LDS artist James C. Christensen passed away on January 8, 2017, after an ongoing battle with cancer. For more than 35 years he delighted the world with his whimsical yet spiritually profound art. Here is a look back at what he had to say about his art, as well as a gallery of some of our favorite paintings. 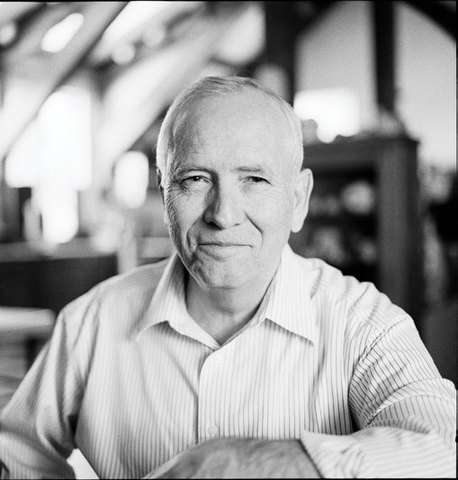 With every stroke of his brush, James C. Christensen became one of the world’s most beloved artists. Best known for his whimsical paintings of “poofy guys” and floating fishes, flying boats and flying pigs, Christensen captivates his audience with his fascinating realm of make-believe. And while most people are enchanted with his paintings at first glance, if they look a little closer, they can usually learn a few eternal principles as well.

Christensen’s work is unique and eclectic. He has depicted Catholic saints and sinners in the style of the Renaissance masters, and he has painted events and parables from the scriptures. Of course, he is most famous for his fantasy paintings, and interestingly enough it is many times in his most imaginative creations that you can spot LDS themes—where humans are eternal beings, often striving to better themselves; where the Everyman struggles to shine his light in a dark world; and where characters show courage and faith in the midst of adversity.

Throughout his career, Christensen made a point of describing himself not as a Mormon artist, but an artist who is Mormon. And although early on he thought he kept his art and faith separate, he now says, “Looking back, I can see that my faith seeped into everything,” he told LDS Living in 2012.

He decided long ago that he would choose his subjects carefully, avoiding confrontation and negativity. “I want my work to communicate values that are positive and uplifting, to encourage people to be happy and enjoy life. There is enough darkness in the world—I’m trying to build the kingdom with the gift that I’ve got.” He added, “As I’ve gotten older and become more well known, I’ve realized very much that I have a responsibility as a Church member.”

As Christensen tried to share inspirational messages in his own unique way, he found great success in touching people from all walks of life.

He recalled, “Years ago, I had a show, mostly fantasy, but there were messages in it. A man came up to me afterward and said, ‘You know something. There’s something in this work. I don’t know what it is, but it’s good and I want to know about it.’” He continued, “I said, ‘I do know something you don’t know—I know what I have to do to be happy. I have a couple of friends I can put you in contact with.’ And he agreed.”

Opportunities like this were not unusual for Christensen, and it is often through two of his most common and beloved characters—the hunchback Everyman and the poofy guy—that he is best able to reach people. While they may seem to be just fantastical, quirky beings, their meanings run much deeper.

“The hunchback is Everyman—male or female, adult or child,” he explained. “All of us have humps. We’re all imperfect. Some of our humps show, some of them don’t. It’s the idea of the imperfect person trying to figure things out.” In fact, he said that more than any other painting, he received expressions of gratitude for his 1992 painting entitled Sometimes the Spirit Touches Us through Our Weaknesses.

Similarly, the poofy guys represent human foibles and failings. Their many layers of fancy clothing make them almost spherical, restricting movement and progression. “The clothes of these poofy guys became a metaphor for human baggage, all the things that make us feel important,” Christensen said.

Overcoming weaknesses or becoming humble so we can learn from our mistakes are not new concepts to Latter-day Saints, but they are often novel ideas to other people. In fact, sometimes what Christensen originally views as a very LDS idea has amazing appeal with his general audience.

“I’m always surprised when I throw in what I see as an LDS theme how many others find it a universal idea,” he told LDS Living. 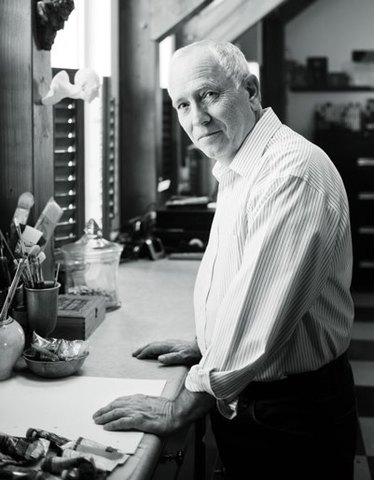 One of Christensen’s most obvious Mormon themes appeared in a 2007 painting entitled Hold to the Rod, the Iron Rod. In it, the character is burdened with dozens of objects he has collected to make himself feel confident and safe. “They may be material possessions, but they may also be titles or responsibilities,” he added. The man longs to reach up and hold the iron rod above him, but he is afraid to let go of his belongings.

At first, Christensen dismissed the painting as something viewers at large would not be interested in, but Scott Usher, Christensen’s publisher, convinced him otherwise. “The painting was in my studio because I was having a show. Scott, who is not LDS, asked, ’What’s that?’ I told him it was a Mormon thing and that it didn’t have much relevance outside the LDS audience. He said, ‘Yes, it does. We all have to make that decision. Whatever our iron rod is, we all have to decide what’s important.’ That image sold all over the country and was gone within a few days.”

With his uncanny ability to create not only worlds of whimsy and imagination, but also to reach beyond facades to touch the hearts of people everywhere, there is no doubt that the world is a more magical place with James C. Christensen's art in it. He consistently found a way to lift the spirits of others with his art, whether that means simply entertaining them or teaching them with symbolism and deeper meaning.

“Some of my art just tickles your imagination,” he said with a twinkle in his eye. “I want to inspire people, but I inspire with imagination. Some of the goofy fun stuff gets somebody interested in my work, and sometimes they get to feel the Spirit later.”

In his 2012 book, Passage by Faith: Exploring the Inspirational Art of James Christensen, he described the spiritual elements in his work and  unveiled the visual metaphors, symbols, and "meaning behind the meanings" of some of his most popular fantasy pieces, as well as his deeply meaningful scriptural images. Here are some of our favorites.

Hold to the Rod, the Iron Rod
This "poofy guy," as Christensen called him, represents human foibles and failings. His many layers of fancy clothing make him almost spherical, restricting movement and progression. In this painting, he is so burdened with "stuff" that he cannot reach up to hold to the rod above his head for fear of losing any of the material possessions he has accumulated throughout his life.