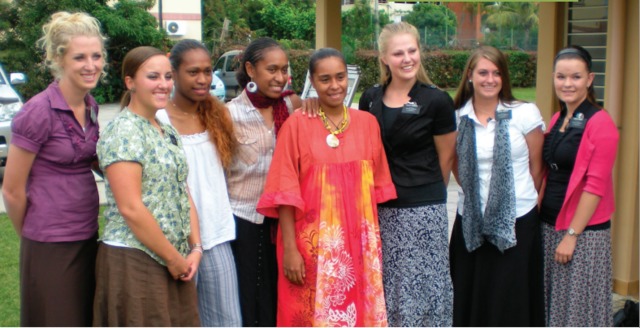 1. The first members of the Church on the islands were U.S. servicemen.

They were stationed in New Caledonia during World War II when Nouméa, the capital of New Caledonia, served as the U.S. naval and military headquarters in the South Pacific. Years later, more Church members, these ones from French Polynesia, came to New Caledonia to work in the nickel mines. Those Saints were organized into New Caledonia’s first branch in October 1961. At the time, the branch was part of the French Polynesian Mission almost 3,000 miles away. 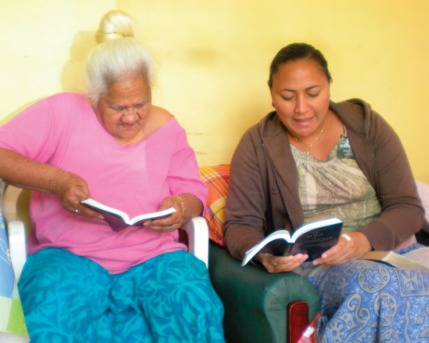 2. The people there have a genuine kindness and friendliness.

It’s a chilly day in New Caledonia when the temperature falls below 70° F. While there is a rainy season from about February to June, the yearly average temperature remains around 74° F. And the people who live there reflect that warmth.

“People in this country are really nice in general,” says Ula Seiko, a native New Caledonian who also served her mission there. “But there’s something more about the members that makes them different—in a good way—from the rest of the population. One of the principles that comes to my mind is the genuine kindness that I think is a gift tied to the gospel. It’s an attitude that prevails among the members.”

One member from Tahiti who recently moved to New Caledonia observed that New Caledonians are “doux.” In French, the official language of this overseas territory, doux has a dual meaning—“sweet” and “soft.” Returned missionary Laurel Cummins White, who served in New Caledonia from 2009-2010, explains that “the members of the Church in New Caledonia are in this mix. They are sweet and sincere in gesture: they share their warm smiles, firm handshakes, traditional ‘bisous’ (cheek-to-cheek kisses), and their open hearts. They are soft in manner. They are humble, genuine people from deeply traditional backgrounds who have found unity with each other in the gospel and in their devotion to Jesus Christ.” 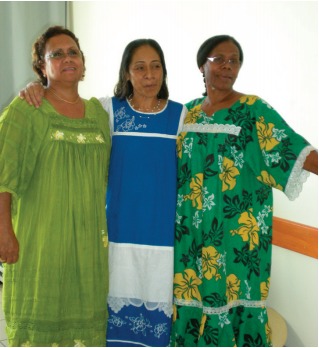 3. They have a unique struggle between religion and cultural tradition.

“The members here try hard each day to live the gospel the best they can,” says Freddy Tuahivaatetonohiti, the current stake historian in New Caledonia. “One of the biggest challenges for Melanesian members is trying to reconcile customs with religious practice, which isn’t always easy since customs hold a really important place in their lives.”

For native New Caledonians, and especially those who are recent converts to the Church, deep-seated cultural customs and practices—called la coutume—within their individual tribes dictate much of what they do. La coutume can make getting married difficult, keeping investigators from being baptized. It can put a financial strain on families who are expected to pay large sums for various events and can cause tension among families or tribes when members of the Church decide to be loyal to their beliefs rather than their traditions.

4. They are loyal to their heritage.

Along with la coutume, New Caledonians are very loyal to their heritage. Many can trace their ancestry back to Protestant or Catholic missionaries who first arrived on the island in the mid-1800s. They are rooted firmly in the “faith of their fathers” and are hesitant to accept another religion. For French people who have immigrated to New Caledonia, their background often makes them less inclined to believe in God. These attitudes make missionary work a challenge. Missionaries seek to find those who are humble and teachable. Fortunately these are also common traits among New Caledonians, and many accept the gospel with open arms.

Another aspect that makes sharing and living the gospel a challenge is the number of languages and ethnicities present on the islands. Missionaries who serve in New Caledonia learn French in the Missionary Training Center, but once they arrive in the country they often try to pick up one or more of the 40+ other languages spoken natively or in surrounding countries, such as Bislama, Wallisian, and Futunian.

“One of the characteristics of the Caledonian population is that it is multi-ethnic,” explains Seiko. “But this characteristic isn’t a stumbling block for members of different origins and cultural traditions. On the contrary, it creates a richness within the Church.” Seiko recalls many activities when she was in Young Women where they were taught dances and sampled dishes from other cultures. The members who taught them, Seiko remembers, “loved sharing what they knew.”

“It’s our diversity that makes us strong,” says Syo Ulivaka, another young native who served his mission in New Caledonia. 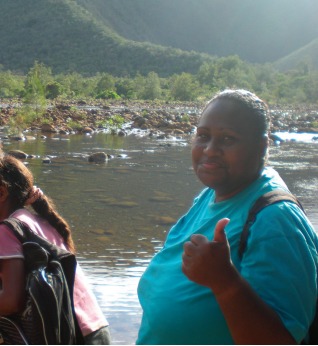 5. Every year, the members make sacrifices to travel to the nearest temple, 3,000 miles away.

In an interview with Church News, President Guidi explained, “We don’t have a temple in New Caledonia, so in order to attend the temple and do temple work, each year New Caledonians come to New Zealand to attend the temple with a full year of work before—of preparation, of saving money for the trip.” Members make many sacrifices throughout the year in order to fund the annual trip in January, while school is out for the summer. But for them, the blessings of temple worship outweigh the price of sacrifice.

“The spirit of the temple remains with them after they return to New Caledonia,” he continues. “This spiritual strength is also felt by others at home who were not able to visit the temple. We feel our unity grow stronger, and we become more humble.”

Once they return home, those who attended the temple share their experiences and their testimonies of the temple at a special fireside. These meetings help inspire others to make the sacrifices necessary to attend the temple.

For more about the Saints in New Caledonia as well as other great stories, check out the November/December 2015 issue of LDS Living.