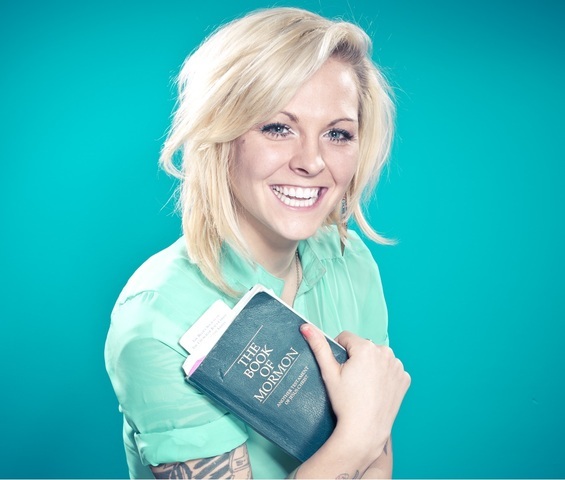 The Unexpected Call at 4 a.m. That Led the "Tattooed Mormon" to Join the Church

Al Fox (now Al Fox Carraway) wasn’t looking for religion. In fact, when the missionaries tracted in to her while she was living in New York, she told them she would let them teach her only if they brought her a steak dinner, sure they wouldn’t follow through and she wouldn’t have to see them again.

But Fox didn’t mind too much, because there was “something about them that I wanted them to come back. I didn’t know why, but I just loved how I felt around them,” she says. That didn’t mean she wanted to hear about the gospel, though. “Every day I saw them, I did everything I could to do anything except talk about the Church, and I thought I was doing fairly well.”

But gradually, she began to open up little by little, and she started reading the scriptures and praying—hoping more to prove the Church was wrong than it was right—but the change in her heart became greater.

Early one morning she awoke and couldn’t go back to sleep, and she didn’t know why. At four a.m., she decided to call the elders who were teaching her, not knowing what to say and not even thinking they would answer. When they did, she shouted, “I want to get baptized!” She was so shocked by her sudden admission that she immediately hung up the phone. They called her back, and despite her many fears and lack of knowledge, Fox decided to move forward. “I knew that when I said it, I felt it, and that was what I needed to do.”

So Fox got baptized, about a month after she first started meeting with the missionaries. “I was just filled with this excitement and this happiness that I couldn’t even put into words . . . and I wanted to yell to all of New York that happiness is real, that it exists, and that they can have it. I was so excited that I told everyone. I made a promise that how I felt that day when I got confirmed and I got baptized, I didn’t want it to ever go away, because I recognize that it only came from the gospel, and I am going to do everything I can to keep that with me.”

After joining the Church, though, Fox lost every friend she had and was even forced to choose between the Church and her family. But because of her tattoos, she had a hard time trying to fit in with the LDS community and making friends there. Despite her loneliness, though, she didn’t lose hope. “What it came down to was that knowledge and that feeling that I had when I got baptized, recognizing that that happiness can always be there if you turn to the gospel.”

► You'll also like: Al Fox: When My Fiance Told Me He Could Find Someone Much Better

Soon she found her own way to share that happiness she had found in the gospel—writing blog posts and making videos online to share her story and inspirational messages of her testimony, which soon spread wider than she had ever expected. She also began traveling all over Utah, giving firesides at least twice a week. Now, her inbox is always full of emails from people around the country—and the world—sharing how they have been touched by her message.

“The happiness that I have is real. It’s real, and I recognize that everyone doesn’t have and feel this. And I want everyone to know that they can,” she explains. “Happiness is the gospel—it comes from there and it’s real, and I’m grateful for that.”

Read Al's blog at In the Head of Al.

This story was originally featured in a compilation from our March/April 2013 issue of LDS Living.