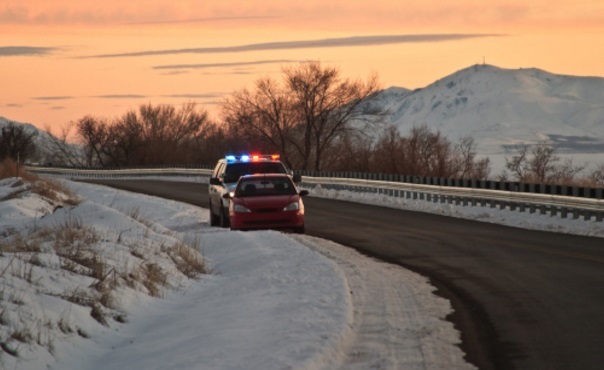 Shortly after Gina Penny-Headen's father passed away, she was pulled over for going 65 mph in a 55 mph zone.

After checking her license, the officer let Penny-Headen go with just a warning, saying the two happened to share the same birthday and year.

After Penny-Headen thought the officer returned to his car, she broke down into tears, thinking of her father. Only when she heard a tap on her window did Penny-Headen realize the officer was still standing next to her car.

After asking whether she was okay, Penny-Headen shared the loss of her father, and for a while the two talked until Penny-Headen was calm enough to continue driving.

Penny-Headen thought this kind moment with a stranger was over until a week later, when she found this unexpected note in the mail. 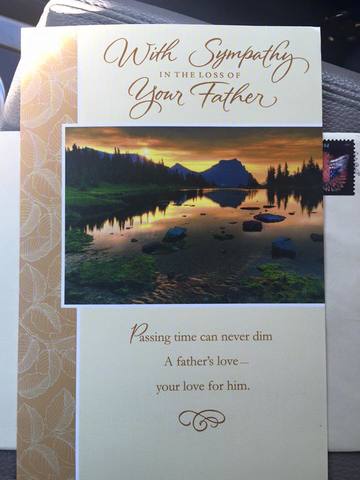 "My condolences on the loss of your father. I'm sure he was a great man who loved his family. I pray that your tears of sadness become tears of joy in remembering his legacy.

"'He will wipe every tear from their eyes and death shall be no more, neither shall there be mourning, nor crying, nor pain anymore, for the former things have passed away.' -Revelations 21:4 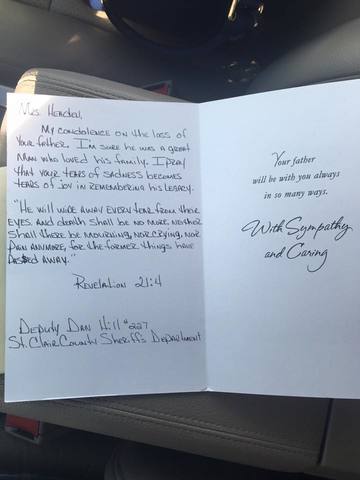 What a beautiful example of bearing one another's burdens and mourning with those who mourn.