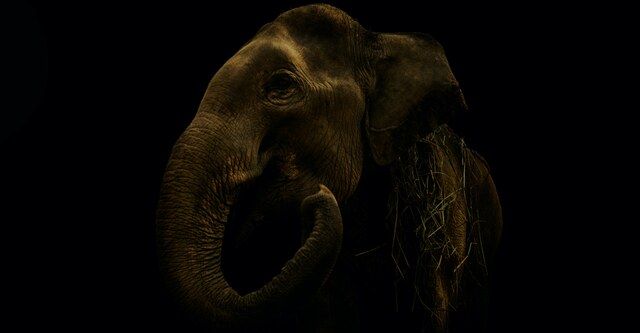 The elephant in the dark: Seeking to learn from friends of other faiths

“He remembereth every creature of his creating, he will make himself manifest unto all” —Mosiah 27:30

In 2013, I attended a small Baptist congregation. I was pleased to visit a new church, but in my heart of hearts, I think I was watching for false doctrine or heavy marketing. I was greeted at the door by a kind middle-aged woman and then sat at a pew feeling a little awkward. Could they see that I was an interloper? Were we enemies, just pretending at acceptance? I was wearing a missionary name tag, so I wasn’t exactly incognito.

The meeting was memorable. I was impressed by the guitar accompaniment. I scribbled notes on the program during the sermon. I was greeted by my immediate neighbors without a trace of suspicion or coldness. Thirty minutes into the meeting, I realized with some surprise that I was feeling the Spirit.

Today I look back on that experience, and I’m embarrassed at my surprise. I was egocentric. Dogmatic. Prejudiced, even.

As members of The Church of Jesus Christ of Latter-day Saints, we regularly read from Joseph Smith—History. I often shake my head at the scene of 19th-century religious rancor, in which “seemingly good feelings” between people of different faiths were “more pretended than real,” and great scenes of “confusion and bad feeling ensued” (Joseph Smith—History 1:6). The message, as I see it, is that we should avoid such “strife of words and a contest about opinions.”

But I have observed that sometimes we are the ones pretending at good feelings and creating confusion and bad feelings. Sometimes, we are brusque when their missionaries come to our door. Sometimes, we scoff at their doctrine, or conclude, “If only they knew what we do.” But given our background as recipients of religious prejudice, we should be the very best at accepting, applauding, and befriending folks of other faiths.

We can be better.

In 2013, Elder Uchtdorf referenced an ancient parable entitled “Elephant in the Dark.” The story was written by a Sufi poet named Rumi in the 13th century. In the parable, Rumi describes a group of people encountering an elephant for the first time. Each member of the group approaches the elephant in the dark, and each comes away with a different understanding of what the creature is: One person who encounters the leg describes the creature as a temple column. Another who touches the trunk insists it is like a water pipe. And yet another who touches the elephant’s curved back describes it as a throne.

All were right, but none had the full view.

The parable is, as Elder Uchtdorf said, universally applicable. It is also a powerful metaphor for us as human beings who sometimes encounter truth and have experiences with the divine as though we are encountering an elephant in the dark. It can be easy for us as Latter-day Saints to insist that we have the whole picture, but we, too, are encountering just a portion of the elephant. The part that we see is beautiful, and worth sharing: We are blessed to be members of a church that believes in covenants, temples, and priesthood administration. We have another testament of Jesus Christ. We have a living prophet who gives us a holistic overview of the elephant. We are excited about what we have, and we are ready to share!

But we still have much to learn.

► You may also like: ‘That they all may be one’: Building bridges of understanding with persons of other faiths

Can our quest for continuing revelation include learning from individuals who have experienced a different part of the elephant? Can we embrace the perspectives of people of other religions? Can we encounter people who are different from ourselves with a humble and teachable attitude rather than an attitude of superiority?

Since 2013, I’ve made greater efforts to rub shoulders with folks of other faiths. They have inspired new insights and important questions. I am grateful for the truths that they have clarified, and for their unique methods of worship. Although I sometimes fall short, I am striving to approach our differences with an earnest desire to learn.

Elder Uchtdorf has reminded us, “If we interact with people with the sole expectation that they soon will don a white jumpsuit and ask for directions to the nearest baptismal font, we’re doing it wrong” (“Missionary Work: Sharing What Is in Your Heart”).  Instead, he suggested seeing everyone around us as children of God. “Laugh with them. Rejoice with them. Weep with them. Respect them. Heal, lift, and strengthen them.”

And, I would add, learn from them.

Jenny Harris is a member of The Church of Jesus Christ of Latter-day Saints with a Pentecostal love for Jesus. She strives to bring life to liturgy by praying and speaking sincerely. When she's not spending time with her husband and two daughters, you'll find her hiding out with a good book.

Friendship InterfaithFriendship,Interfaith,
Comments and feedback can be sent to feedback@ldsliving.com