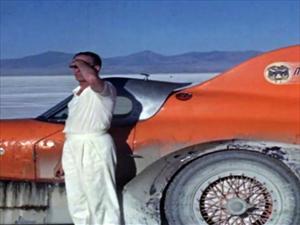 The "fastest Mormon in the world" honored in new film

The story of the world's fastest Mormon is coming to a silver screen near you.

Wednesday night, the "Boys of Bonneville” will have its Utah premiere.

The documentary tells the story of Ab Jenkins and those who raced on the Bonneville Salt Flats.

When he wasn't being Salt Lake Mayor, Jenkins and the Mormon Meteor III set nearly 50 records, a dozen which still stand.