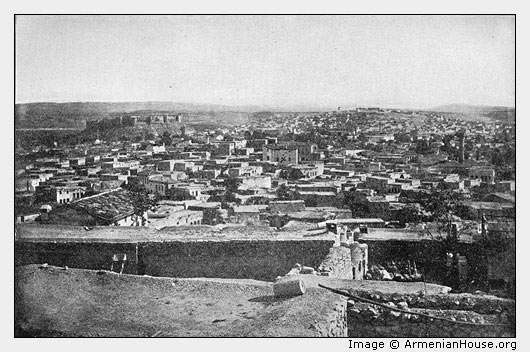 The first Muslim to join the LDS Church

Saim Abd al-Samid was born in Constantinople (now Istambul), Turkey, probably in the late 1870s (there remains much research to do before his story can be fully known). He was a member of an upper-class family, and received an excellent education, graduating from “the highest official institution” of that city as a civil engineer/surveyor. Whether it was his family ties or his professional accomplishments that were responsible, in 1901 he arrived in Aintab, Syria (now Gazientep, Turkey), as a member of the city council where he was known as Saim Effendi (Effendi being a Turkish title indicating Saim’s place in Ottoman society).

Aintab is one of the oldest continuously inhabited cities in the world, dating back to the ancient Hittites, and being known in the history of the Assyrians, Babylonians, Romans, Byzantines, and other conquerors. At the turn of the 20th century, Aintab was home to about 45,000 people. Two-third of the population were Muslim, as was Saim Effendi; one-third were Christian, largely Armenians. In 1901, when Saim Effendi arrived at Aintab, that town was home to one of the Latter-day Saints’ two largest branches (the other being Aleppo, 60 miles to the south). “Largest” is a relative term, of course; after more than 15 years of proselyting in Turkey and Syria, the Aintab branch had a few dozen members, led by missionaries “from Zion.” In 1901, those missionaries included Joseph Wilford Booth of Alpine, Utah, who, by the time he died in Haifa, Israel, in 1928, had devoted 30 years of his life to the Saints of the Middle East, during multiple missions and while working for their survival and support during short returns home. Elder Booth’s companion was Lester Mangum, another young man of Utah County (he is the “Mangum” of BYU’s “Knight-Mangum Hall”).