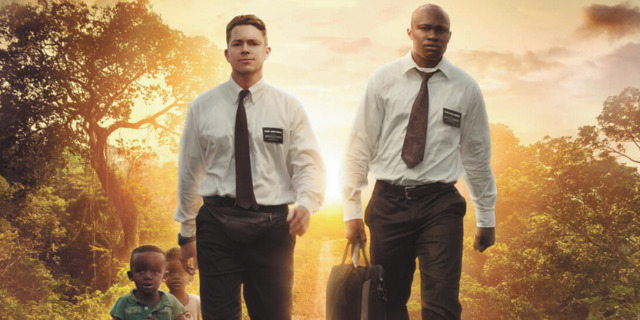 Filmmakers Tshoper Kabambi and Brandon Ray Olive, in collaboration with Deseret Book and Excel Entertainment announced on Monday, July 13, their award-winning, groundbreaking film Heart of Africa will be released on DVD and Blu-ray on Friday, July 17. The DVD and Blu-ray will be available at all Deseret Book locations, online and at additional retailers throughout the United States. Heart of Africa had its theatrical debut earlier this year, but its run in theatres was cut short due to COVID-19-related theatre closures.

Heart of Africa tells the incredible story of Gabriel Ngandu, a young Congolese revolutionary trying to escape the terrible mistakes of his past. His journey leads him to completely new experiences and even a new religion—The Church of Jesus Christ of Latter-Day Saints—but leaves him torn between the influences of two completely different father figures—Mwabila; his revolutionary leader, and President Kabasubabu; his new religious leader. Called as a missionary by his new church, Ngandu is sent back to his home village to help build an orphanage with his mission companion from Idaho, Jason Martin, who also has a tragic, secret past.

“Heart of Africa is such an important film from a Black filmmaker who has dedicated almost everything to create and present it,” said Arthur VanWagenen, product director for Excel Entertainment and Deseret Book. “Kabambi’s devotion to share this story can’t be overstated. In a true example of life imitating art, the film’s message of overcoming adversity by placing our lives in the Lord’s hands is now happening in real life for Tshoper. He came to the United States for the film’s release, and because of the pandemic, Tshoper has been unable to return to his family in the Congo.”

Proceeds from the film will generate funds for humanitarian work and aid in the Congo, primarily in health and innovative education to assist the people of the Congo in becoming more self-reliant. In addition, proceeds will be used to help revitalize the film and cinema industry in the Congo.

For more information on Heart of Africa, visit heartofafricafilm.com.

A Congolese man runs from a terrible accident and finds himself at a revolutionary camp, where he is told that he has a great destiny. He tries to escape and start a new life by going to another town, joining a new religion, and becoming a missionary. Ultimately, though, he finds himself back in the very place he had tried to leave. He must face his fears and his shame—but also his magnificent possibilities. Heart of Africa is available for pre-order at DeseretBook.com.