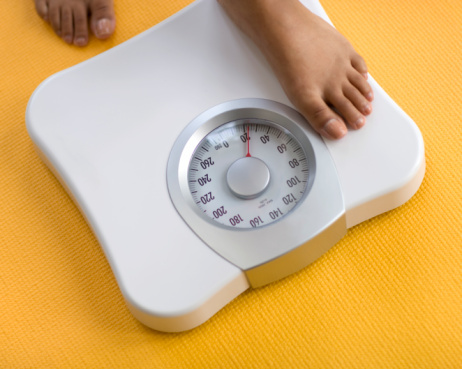 Safety
A valid concern when starting any diet is its safety. With the hCG diet, there are several potential problems, and they must be carefully evaluated by anyone starting the diet and their health care provider.

For example, hCG can have particular effects on patients with certain medical conditions. Dr. Craig Primack, a bariatric (weight-loss) physician in Arizona and a spokesperson for the American Society of Bariatric Physicians, notes a particular study that documented men taking hCG and showed that they experienced significant increases in testosterone and estrogen. Primack says this indicates that women who have had any estrogen-dependent cancer, men with a history of prostate cancer, and people at risk for blood clots (which are affected adversely by estrogen) should all be wary of using hCG. “Those people could be at risk by taking hCG,” he says.

For similar reasons, Dayna Lowry, a woman in Oregon using the hCG diet, believes that having a hands-on physician to monitor you is important. “You’re talking about hormones in your body, in women, most of the time, that are usually hormonally imbalanced. Left to your own devices, you can totally mess up your body.”

Dr. Laurence Cole, perhaps the world’s leading expert on the hCG hormone, goes even further and stands against using hCG for dietary purposes. “There’s no question it’s going to [mess] up completely your menstrual cycle and your fertility,” he says.

Primack also criticizes the safety of the 500 calorie diet outlined in the protocol and says that most people, if not all, should avoid such a diet. “There is not enough protein involved in a diet of that type to sustain normal metabolic needs, which really affects glucose. So if you go on five hundred calories with a chicken breast or two per day, it’s not enough to keep your normal muscle intact and it messes with your normal metabolism,” he says.

Rosser, on the other hand, says she thinks the diet is “very safe” and she would recommend it to most people with a BMI of 25 or higher. She was concerned at first about putting her women on this low-calorie diet that caused rapid weight loss, since several of the “metafast” diets of the 80s showed dramatic losses in lean muscle and bone mass. So, in testing the diet with a few of her patients, she closely monitored body fat, lean muscle, and bone mass. “What we found was that their body fat decreased dramatically by several percentages, and their lean muscle did not drop more than about half of a pound in a forty-day cycle, and their bone mass was unchanged.” She says, because of these observations, she sees significant support for the safety of the hCG diet.

hCG and the Placebo Effect
Rosser says the main reason the diet is successful and safe is because of the hCG hormone, which acts as a “vehicle to access body fats.” “The magic of the hCG diet doesn’t come from the five hundred calories, but it comes from the hCG itself,” she says. “There are doctors that say, ‘if you eat five hundred calories a day, you’re gonna lose weight.’ Yeah, but the weight you lose is in your muscle and your bone, it’s not your fat.”

As Dr. Simeons originally claimed, the hCG “mobilizes” fat stores, causing the body to burn fat rather than muscle and preventing people from feeling hungry, since they’re burning fat calories. At least, that’s the theory. But the strongest debate surrounding the diet centers on the effectiveness of hCG itself.

In his new book Human Chorionic Gonadotropin (hCG), Dr. Cole indicates that researchers have found receptors for hCG in sites associated with pregnancy (brain, placenta, uterus, etc.), but have not found receptors in the liver, digestive tract, or adipose tissues, receptors necessary for hCG to work in a dietary sense. In fact, multiple studies conducted since the 1960s have shown that hCG has no advantage over a placebo. In one study looking at all previous studies on the diet, Lijesen, et al., found that 12 out of 14 randomized studies concluded hCG had no greater effect on weight loss than a placebo or the diet itself.

To be clear, “placebo” doesn’t mean “nothing.” Placebos can have a very real physiological effect, showing the power of the brain to affect the body. In other words, a treatment with a placebo that you believe will help your endeavors, in some cases, will have a greater effect than treatment without the aid of a placebo. Placebos can also be made stronger in the mind of the patient by what the administrator says about it (if they’re positive about the placebo) and how it’s administered (for example, by injection), among other things.

Still, the facts indicate that hCG is not what some say it is. “The FDA has said since 1975 that hCG injection is ineffective for weight loss,” says Primack. “No better than a low-calorie diet.”

Dayna Lowry, who follows the diet through a diet clinic and is monitored separately by her physician, says her physician thinks hCG is a placebo. “I haven’t read any of the research or anything,” says Lowry. “I just know in my experience I’ve lost a ton of weight.”

The Verdict
Many professionals, including Cole, Primack, and the ASBP, stand firmly against using the hCG protocol for weight loss, citing the ineffectiveness of hCG for weight loss and the low-calorie diet as too low to sustain normal health and metabolic processes. “I think it has the potential for being a dangerous diet, and I [certainly] think it’s unwise and ineffective. We do not recommend its use,” says Primack. “Everyone’s looking for the quick fix. And I don’t think there’s an argument that on five hundred calories most people will lose weight. That is metabolically not right, and the idea that hCG adds nothing to the diet, that’s the argument.”

Cole, who calls the system a “garbage diet,” says, “It’s the biggest irrational, nonscientific information there ever was. It really is.”

Other professionals who have recommended the diet and seen it positively affect the lives of people who have used it responsibly, stand beside the strategy. “I have a couple patients,” says Rosser, “who have come off so many medications, and they’ll e-mail me randomly and say how good they feel, how good they look, how they feel such a difference in energy. Just the little things—it can change a person’s life so dramatically.”

“To me,” says Susan, “if you’re ready to make a lifestyle change, it’s a great boost, it’s a head start, and it’s a motivator. If you can get rid of thirty pounds, it’s easier to work out, it’s motivating. When you’re fat, you just don’t care. What’s another hamburger, what’s another doughnut? It’s hard to care that much.”

Some people may use the hCG Diet as a jump start to a healthier life—but physicians are still wary of its safety and effectiveness. It’s an extreme solution. Those who wish to explore this diet possibility must approach it with eyes wide open and in the close care of a physician, especially when medical conditions are involved.
1-2