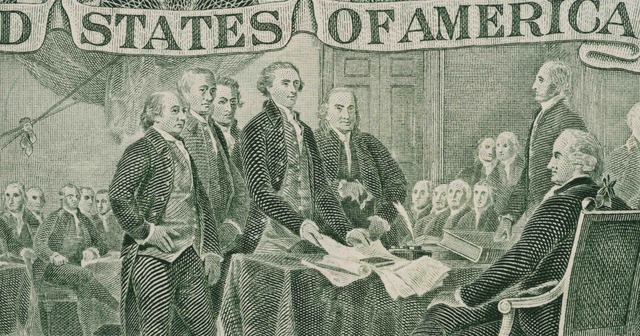 The time and placement of the Founding Fathers—coincidence or providence?

“Did the Founding Fathers coincidentally and conveniently appear on the scene at the same time or were they raised up by God at a specific time for a divine purpose?” This is the question Elder Tad R. Callister, an emeritus General Authority Seventy and former Sunday School general president, posed in a recent article for Church News.

Elder Callister answers the question by quoting F.W. Boreham, a Baptist minister and author, who said, “We fancy that God can only manage His world by big battalions abroad, when all the while He is doing it by beautiful babies at home. When a wrong wants righting, or a work wants doing, or a truth wants preaching, or a continent wants opening, God sends a baby into the world to do it.”

Elder Callister continues “And thus, God provided for the establishment of America with the births of the Founding Fathers, perhaps the most extraordinary group of men to be born at one time and in one place.”

Read more of Elder Callister’s thoughts on the divine placement of the Founding Fathers here.