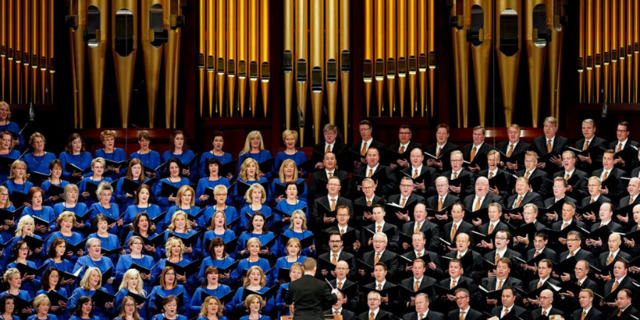 Like most of us, the Tabernacle Choir and Orchestra at Temple Square had big plans for 2020—a 7-city tour across four Nordic countries and the United Kingdom. On Tuesday, the Choir announced a 2021 tour that will visit all of the cities planned for the 2020 tour. Choir president Ron Jarrett expressed appreciation for those who have worked to make the rescheduled tour a reality.

“We are delighted that with the significant cooperation of the performance venues and our travel partners, we have been able to reschedule this tour for these dates in 2021,” said Choir president Ron Jarrett. “We will still be able to realize the original concept for the tour to visit Wales and other areas with heritage to the Choir whose first members were early converts to The Church of Jesus Christ of Latter-day Saints with musical talents from these locations.”

The news is timely for the Choir as its newest album, When You Believe: A Night at the Movies, which was released on May 22, 2020, rose to number 1 on Billboard’s Classical Crossover list in its first week. The five-track extended play features songs from popular films like Avengers: Endgame, O Brother, Where Art Thou?, Frozen, The Prince of Egypt, and Star Wars, Episode 1.

“The Choir and Orchestra have a longstanding tradition of performing inspirational music from the Broadway stage and the movies,” Choir director Mack Wilberg said in a press release at the time of the album’s release. “We hope to showcase the power of this music to inspire and to encourage us.”