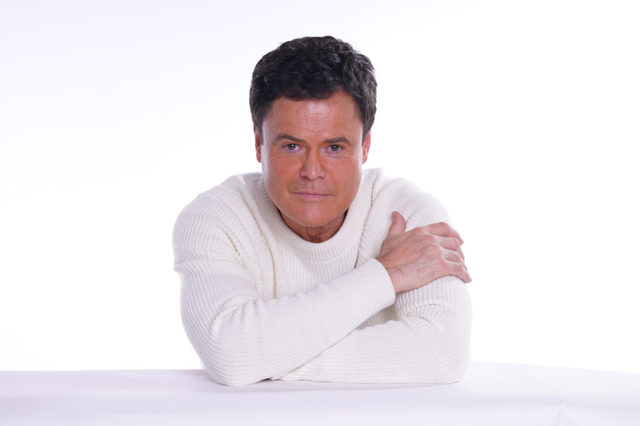 Mormondom can be pretty small, but just how small is it? How many degrees does it take to connect yourself with beloved LDS celebrity Donny Osmond?

This game might sound familiar to some. Does Six Degrees of Kevin Bacon ring a bell? For those of you who aren't familiar with it, in 1994 actor Kevin Bacon gave an interview in which he said he had worked with everyone in Hollywood or someone who's worked with them. Soon afterward, the game of connecting various people to Kevin Bacon in as few links as possible became something of a cultural phenomenon.

Bacon even appeared in a Visa commercial that parodied the game. In the commercial, Bacon wants to write a check, but the clerk asks for his ID, which he does not have. Bacon leaves and returns with a group of people, then says to the clerk, "Okay, I was in a movie with an extra, Eunice, whose hairdresser, Wayne, attended Sunday school with Father O'Neill, who plays racquetball with Dr. Sanjay, who recently removed the appendix of Kim, who dumped you sophomore year. So you see, we're practically brothers." (If you want to check it out for yourself, search the name of any actor in Hollywood with "Bacon number" after on Google and you'll find out how they're connected.)

In that same spirit, we thought it would be fun to create an LDS version of the game—and who better to link to than the iconic performer Donny Osmond?

After playing it at the office, we discovered that one editor went to high school with Marie Osmond's daughter and therefore Donny Osmond's niece. Another editor attended a fireside where Donny's wife, Debbie, spoke. Someone in the office dated a guy who installed the sound system in Donny Osmond's home years ago, Donny Osmond's nephew sang at one staff member's aunt's wedding, and one staff member competed on BYU's now-defunct talent competition show Starbiz, which Donny's nephew David Osmond hosted. So go ahead and take the challenge: How many degrees are you from Donny Osmond?