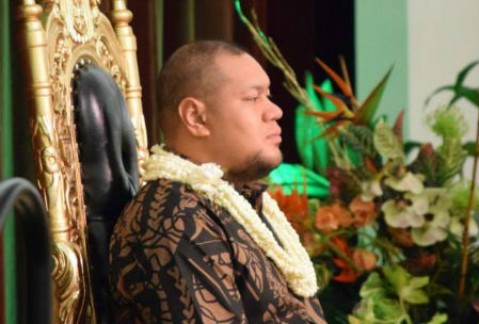 Majesty King Tupou VI’s second son, Prince Ata, has been baptised as a Mormon in Hawai’i, according to a leading figure of the Church of Jesus Christ of Latter Day Saints.

Hon. Semisi Sika, a leading figure of the Church of Jesus Christ of Latter Day Saints in Tonga, confirmed the baptism of Prince Ata for Kaniva News, but declined to comment when we asked him about the relationship between the king and his son following the baptism.

The move, described by Hon. Sika as “absolutely surprising,” comes after repeated attempts by His Majesty to persuade his son to postpone the ceremony.

Read the rest of this story at www.nzherald.co.nz