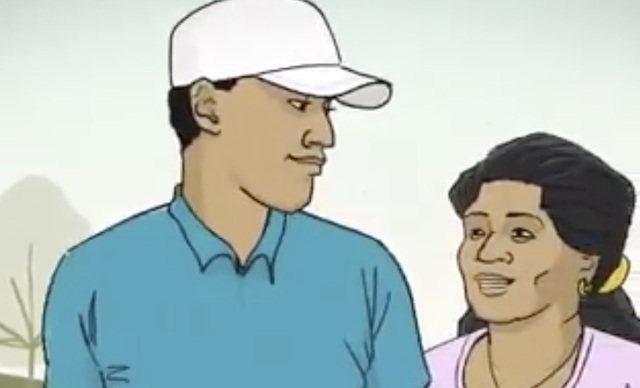 In celebration of Mother’s Day, Latter-day Saint golfer Tony Finau shared a tender animated video that captures the true essence of a mother’s love. Sharing a true story from his life, Finau honors his mother, Ravena Finau, for the sacrifices she made to help him achieve success.

On this Mother’s Day, I honor my mom and all the sacrifices she made so that my dreams could come true. I love you and I miss you, Mom. pic.twitter.com/kPX30tBh4I

Telling of his mother staying at the hotel while he went out to dinner with other young golfers and his family, Tony recalled returning from the restaurant to find his mother sitting on the bed with tears streaming down her face and with tears in her eyes. It was only then that he realized his mom had stayed home because they didn’t have enough money for dinner. “Don’t worry, you won’t be counting these coins for long. I’m gonna make it and it’s all going to be worth it,” Tony remembers telling his mom.

► You may also like: Pro Golfer Tony Finau Talks Faith, Family, and the Ankle Incident That Almost Kept Him from the 2018 Ryder Cup

Those familiar with Tony’s story know that his mother passed away in 2011 following a car accident. While Tony had certainly achieved success in the golfing world prior to her death, his best days on the green were still in front of him. And though his mother may not be there physically, Finau told LDS Living in 2018 he often feels her close when he is golfing.

“Every time I’m on a golf course, it’s hard for me not to remember her because she was at every event growing up. She watched every tournament, she drove to every event,” he said.