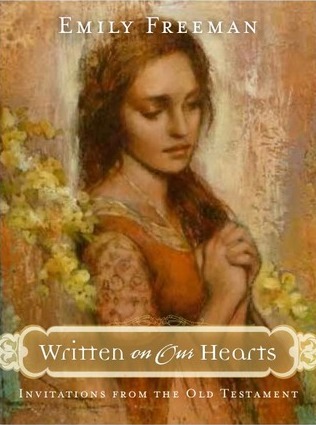 1. Who ensured Moses’s safety after he’d been put in the river?
a. Moses’s sister, Miriam
b. The daughter of Pharaoh
c. One of the Pharaoh’s handmaids
d. Moses’s mother, Jochebed

2. What was Esther’s Hebrew name?
a. Vashti
b. Hadassah
c. Mikhal
d. Hagar

3. What gift did Hannah give her son, Samuel, every year when she saw him at the temple?
a. A blanket
b. A bullock
c. A dove
d. A coat

4. Which woman slew the wicked general Sisera, thereby delivering Israel from Canaanite bondage?
a. Jael
b. Dinah
c. Rahab
d. She is not named

5. Who was the only known female judge in Israel?
a. Miriam
b. Jezebel
c. Deborah
d. She is not named

6. How did Rahab save her family from destruction at Jericho?
a. She heeded the words of the scriptures and knew to flee the city beforehand
b. She prayed to the Lord to be spared and was granted her petition
c. She hid Joshua’s spies from the king of Jericho and secured from them a promise of safety
d. She took her family to the Israelite temple which was spared from destruction

8. What did Rebekah do that showed Abraham’s servant she was to be Isaac’s wife?
a. She was the only woman at the desert well when Abraham’s servant came
b. She offered to draw water for the camels of Abraham’s servant
c. She took off her sandals before approaching the well
d. She spoke a heartfelt prayer before drawing water

9. Whom does Solomon’s “song of songs” praise?
a. One of Solomon’s wives
b. All covenant women
c. Daughters of Jerusalem
d. A Shulamite woman

10. Who said: “whither thou goest, I will go; and where thou lodgest, I will lodge: thy people shall be my people, and thy God my God”?
a. Ruth
b. Esther
c. Leah
d. Rachel

1. A: Before the Pharaoh’s daughter drew Moses from the river, Miriam looked after the ark of bulrushes, “to wit what would be done to him” (Exodus 2:4). Miriam also ensured that Moses’s mother, Jochebed, would be his wet nurse.

2. B: To better assimilate into Persian culture, the Jewish orphan Hadassah changed her name to Esther when she left her caretaker and uncle, Mordecai, to be presented to the king. Later, at some risk, she reveals her true identity as a Jew to save her people from the wicked Haman.

3. D: Samuel was Hannah’s only child; after giving him up to the temple in exchange for the blessing of motherhood, Hannah could visit him only once a year, and each time brought him “a little coat” (1 Samuel 2:19).

4. A: Because Jael slayed the Canaanite general Sisera with a tent spike while he slept in her home, the Israelite army was able to prevail against the evil king Jabin. As the Israelites celebrated their victory, Jael is praised as being “blessed above women” (Judges 5:24).

5. C: Apart from her position as a judge in Israel, Deborah is also named a righteous prophetess in the scriptures (Judges 4:4). Under her guidance, and with the help of Jael (see question 4), Israel is victorious against the Canaanite armies of Sisera.

6. C: When the two spies from Joshua came to Rahab, she recognized that they were sent of the Lord. After hiding them from searchers, she was told to hang a scarlet thread in her window so that she and all her house would be spared.

7. C: Isaac’s miraculous conception, when Sarai was 91 and Abraham 100, fulfilled the Lord’s promise to her: “she shall be a mother of nations; kings of people shall be of her” (Genesis 17:16).

8. B: As Abraham’s servant approached the desert well, he prayed for a specific sign: whoever was to marry Isaac should offer to draw water for his camels. This the faithful Rebekah did, and after meeting with her family, the servant took Rebekah to be Isaac’s wife (Genesis 24).

9. D: While the woman praised in Solomon’s song is never named, in one verse we learn of her origin: she is a Shulamite, or one hailing from Shulem (Song of Solomon 6:13). Another famous Shulamite (or Shunammite) in the Old Testament in the faithful woman who housed Elisha and was promised a son for her righteousness (2 Kings 4).

10. A: Despite being a Moabitess and stranger in Bethlehem, Ruth remained loyal to her marriage vows and mother-in-law, Naomi. She spoke this phrase, evidencing her virtue and devotion, when she was offered the opportunity to leave Naomi and return to her mother and native people (Ruth 1:16).

Learn more about how you can connect with and learn from the people of the Old Testament in beloved Time Out for Women presenter Emily Freeman’s new book, Written on Our Hearts: Invitations from the Old Testament.