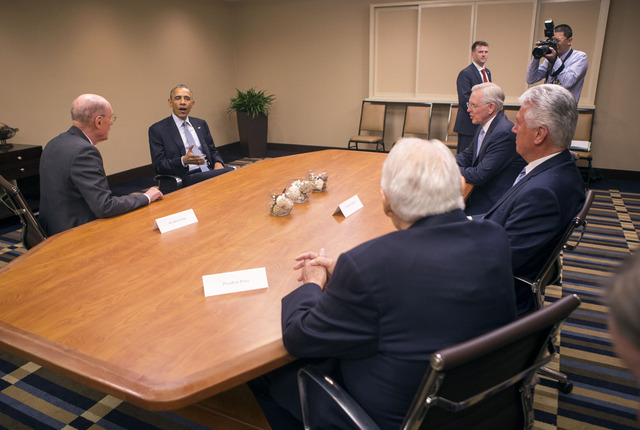 U.S. Presidents and Mormon Leaders: A History of Visits to Utah

Do you know which U.S. president was the first VIP at the Hotel Utah or which President offered Church leaders a tour of Air Force One? Find out the fascinating history of U.S. Presidents as they visited Mormon leaders in Utah.

When President Donald Trump comes to Salt Lake City on Monday, he'll be the 23rd sitting president of the United States to visit Utah. And when he tours the LDS Church's Welfare Square, he'll be the 17th president to either meet with church leaders or set foot on church properties or facilities.

Most visiting presidents have interacted with one or more leaders of The Church of Jesus Christ of Latter-day Saints, spoken at the Salt Lake Tabernacle, or dropped by a church facility. But not all have. Bill Clinton opted for skiing in Park City, while Dwight Eisenhower visited the Four Corners area.

There have been interesting events and interactions as well.

For example, which U.S. president was the first VIP to stay at the Hotel Utah? Which president made an unexpected landing while flying to California to call on an LDS leader? Which one offered church leaders a tour of Air Force One? Which one watched the canning of tomatoes and processing of milk at an LDS welfare facility? And which president played golf with a Mormon leader?

From Ulysses S. Grant to Barack Obama, here are the recorded interactions of U.S. presidents with LDS leaders and locations during visits to Utah.