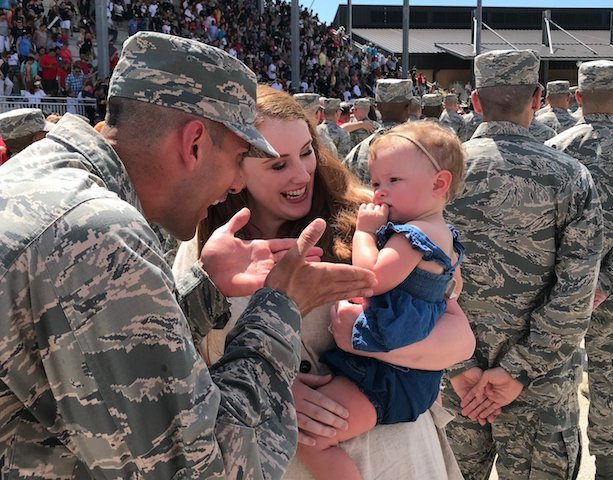 First, a brief primer on the so-called “Tap Out” tradition in the U.S. Air Force: At the conclusion of an airman’s graduation from basic training, he or she is ordered to stand at parade rest until a spouse or loved one makes physical contact — or, as they say, taps them out.

It’s a highly anticipated, joyful moment for airmen who have endured the rigors of eight weeks of basic training — and for their families seeing them for the first time since they transitioned from civilian to military life.

A video capturing one young Latter-day Saint family’s “Tap Out” moment is being distributed globally by MilitaryKind — a section of USA Today that shares inspiring stories of men and women serving in the U.S. armed forces.