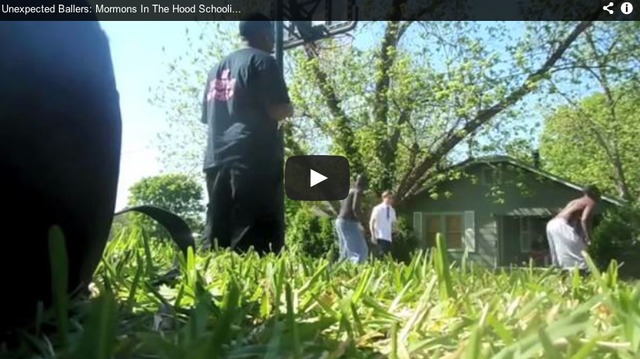 Anyone can play basketball, even those you might not expect on first sight. Even, for instance, two missionaries for The Church of Jesus Christ of Latter-day Saints who show no outward signs of having any skills.

A video posted to YouTube shows two missionaries playing ball with a group of men in Henderson, Texas. During warm up, they're missing shots and generally looking like pretty miserable players. But things quickly change when Elder Cole Payne, originally from Lindon, Utah, lands a solid dunk on one of the players. Then follows the amazed shouts from those watching.